Australia's Marinko Matosevic has given world No.10 John Isner a scare at the Madrid Masters tennis tournament before eventually succumbing to the big-serving American. 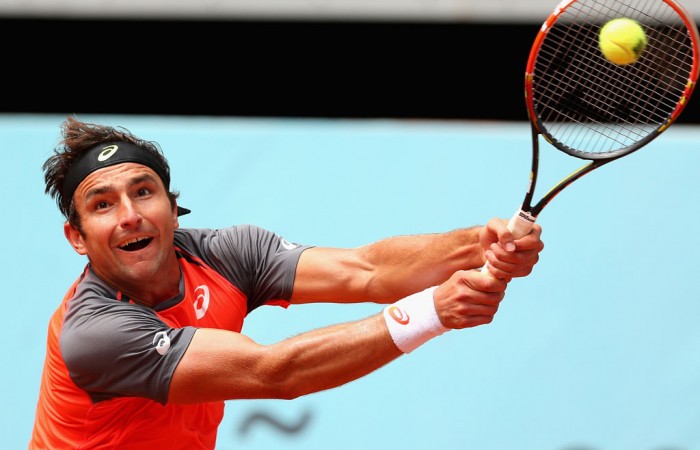 Australia’s Marinko Matosevic has given world No.10 John Isner a scare at the Madrid Masters tennis tournament before eventually succumbing to the big-serving American.

World No.1 Rafael Nadal dismissed lingering doubts over his recent form with a 6-1 6-0 win over Juan Monaco to reach the third round.

Monaco failed to win a game on serve all match as Nadal, who suffered shock defeats in Monte Carlo and Barcelona, rolled off 10 straight games to seal victory in little over an hour.

“Obviously once you lose a match it takes a bit longer to find the confidence in your movement and your shots,” admitted the 13-time grand slam champion.

“Once it went to 4-1 in the first set I felt I played a lot better and I am happy with the way I felt on court today.”

Nadal is the only top four seed remaining in the men’s draw as Novak Djokovic and Roger Federer withdrew due to injury and family reasons respectively, while Stanislas Wawrinka lost to Austrian qualifier Dominic Thiem on Tuesday.

Wimbledon champion Andy Murray was victorious on his return to action for the first time in over a month as he progressed with a 6-1 1-6 6-4 win over Spain’s Nicolas Almagro.

Serena Williams also cruised into the last 16 of the WTA Madrid Open with a 6-2 6-3 thrashing of China’s Peng Shuai.

Williams wore heavy strapping on her left leg throughout the match, but insisted there was no serious injury to worry about.

“I was just taping it to make sure it stays kind of warm and ready,” she said.

Fourth seed Simona Halep also had a comfortable passage into round three as she saw off Spain’s Lara Arruabarrena 6-4 6-4.

However, there was disappointment for 13th seed Caroline Wozniacki as she was beaten in straight sets 6-3 6-3 by Italian Roberta Vinci.

Elsewhere, world No.6 Thomas Berdych stretched his perfect record against South African Kevin Anderson to 11-0 with a 6-1 6-4 win.

Polish lucky loser Lukasz Kubot made the most of Federer’s withdrawal by beating Frenchman Gilles Simon 7-5 2-6 6-4 and Latvia’s Ernests Gulbis also advanced with a 6-3 6-4 win over Ukrainian Alexandr Dolgopolov.