Australians Alex Bolt and Blake Mott will clash in the final of the Melbourne Park Men's International Pro Tour event, while Tammi Patterson went down in a thriller in the Glen Iris semifinals. 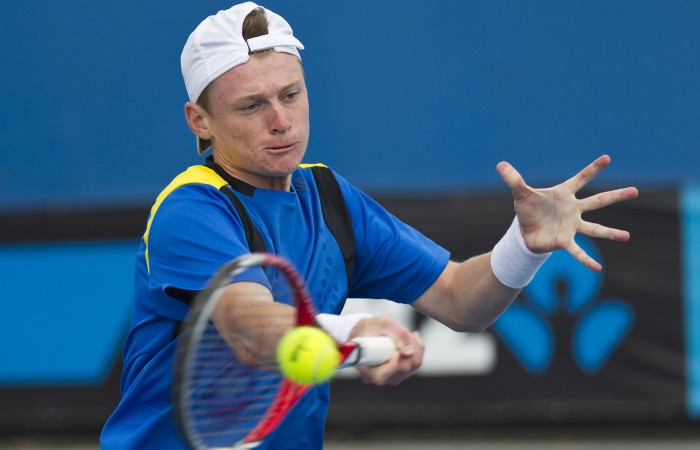 Fifth seed Alex Bolt from South Australia on Saturday secured a berth into Sunday’s singles final of the Melbourne Park Men’s International with a tough three-set victory over Matthew Barton.

He will meet another New South Welshman, unseeded Blake Mott, in the final after Mott defeated No.8 seed Maverick Banes of Queensland 6-2 6-3 in the other semifinal.

The match will be a repeat of the pair’s second round match three weeks ago at the Mildura Grand International – the only time the two have met previously – which Alex Bolt won in straight sets.

The women’s singles finalists were decided on Saturday at the Glen Iris Tennis Club, with sixth seed Xinyun Han of China to take on American Tori Kinard in Sunday’s final.

Having endured a tour road to the final – all of her matches bar the semifinal have extended to three sets – Kinard defeated Japan’s Miyu Kato 6-2 6-4.

It will be the American’s maiden ITF singles final appearance and gets her Australian tour off to a successful start.

Tammi Patterson, the last remaining Australian in the singles draw, went down to Han in what was arguably the match of the tournament.

Patterson got off to a strong start, winning the first set 6-4 against China’s only player in the main draw, yet it was a different Han in the second set; she dominated with her forehand and ran away with it 6-2.

The final set saw Patterson set up a 5-3 40-0 lead and looked to take advantage of any one of her three match points to make her way to the final.

Yet this was the turning point for Han, who hit three forehand winners in a row to keep her hopes alive. With the momentum in her favour, the left-handed Han proceeded to force the match to a final set tiebreak, and held on to win 7-2.

Moore and Naydenova continued a winning doubles combination, adding the title they won in Port Pirie and runner up result from Mildura this year.