Sam Stosur has fallen in a third round marathon to American qualifier Coco Vadeweghe at the Sony Open in Miami. 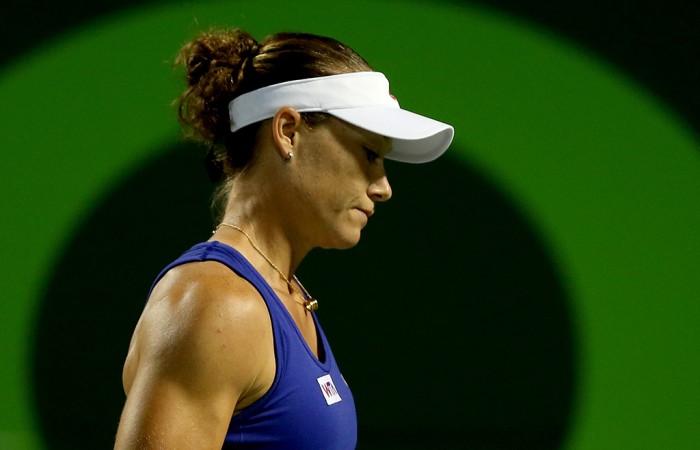 Sam Stosur has fallen in a third round marathon to American qualifier Coco Vadeweghe at the Sony Open in Miami.

In a match that finished in the early hours of Sunday morning, the 16th seed won the first set but ultimately went down 5-7 7-5 7-5 at Crandon Park’s Stadium court.

The loss prevented a re-match of the US Open final of 2011 between Stosur and Serena Williams, who is the top seed here this week in Miami.

Instead, Vandeweghe will tackle her compatriot in the round of 16 after Williams came through a three-set struggle against Caroline Garcia of France earlier on Saturday.

After going down a break in the second set, Stosur appeared to have righted the ship when she broke back immediately to level scores at 3-3.

But the big-hitting Vandeweghe wouldn’t be denied, reigning in her erratic play to seal a momentous victory in two-and-a-half hours.

Stosur’s loss leaves compatriot Casey Dellacqua as the only Australian remaining in the singles draw of either the men’s or women’s event in Miami.

The Western Australian takes on Venus Williams on Stadium court on Sunday in the third round.