UPDATE: Matt Ebden and Marinko Matosevic have both fallen to seeded players on Friday at the Sony Open in Miami. 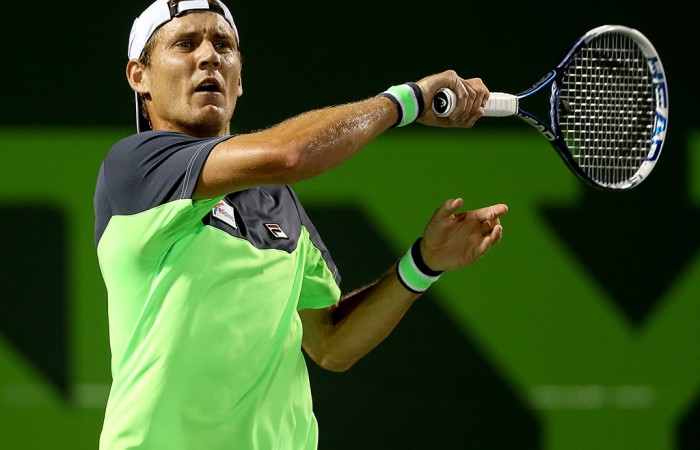 Matt Ebden began strongly but ultimately succumbed to sixth seed Andy Murray in the second round of the Sony Open on Friday night.

Ebden took the first set before the defending champion in Miami struck back with a vengeance to win 3-6 6-0 6-1.

Murray finished the one hour, 37 minute contest with 12 more winners yet four less errors than the No.2-ranked Australian, who was appearing in the second round in Miami for the first time in his career.

Ebden struggled on serve throughout the match, dishing up seven double faults and winning just half of his first serve points.

The Scot goes on to play 32nd seed Feliciano Lopez.

Meanwhile, Marinko Matosevic’s run at the Sony Open came to an end at the hands of 20th seed Kei Nishikori.

The Japanese player won their second round match 6-4 6-1 in one hour and 18 minutes to advance to the last 32, where he will meet No.15 seed Grigor Dimitrov.

Matosevic had earlier in the tournament overcome dangerous Colombian Alejandro Falla in a third set tiebreak, but was unable to translate that confidence boosting victory to success on Friday.

He won just 18 per cent of points on his second serve while Nishikori, after clinching the tough first set, streaked to victory on the back of a flurry of winners.