Matosevic through to round two

UPDATE: Marinko Matosevic beat Bradley Klahn to advance to the second round of the BNP Paribas Open, yet fellow Aussies Sam Groth and John-Patrick Smith fell. 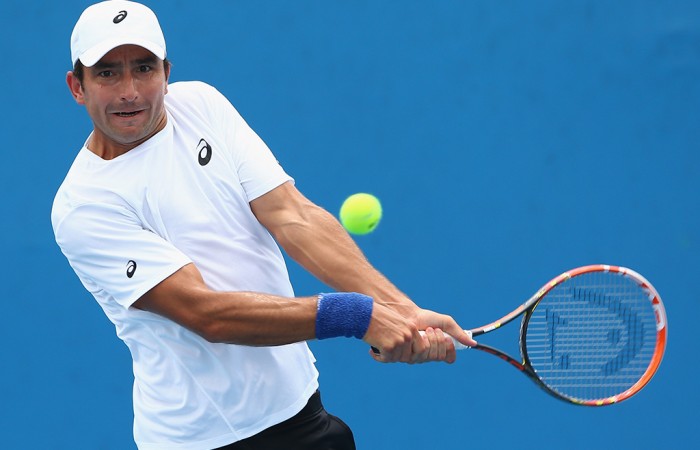 Marinko Matosevic has overcome Bradley Klahn of the United States to advance to the second round of the BNP Paribas Open.

The Australian No.3 displayed solid form on Indian Wells’ Stadium 1, cementing a 6-4 6-4 victory in less than 90 minutes.

The win sets up a second round match with 16th seed Tommy Robredo, and sees Matosevic join compatriot Lleyton Hewitt in the last 64 in the Californian desert.

Earlier on Friday, another Australian, Sam Groth, came within a whisker of matching that feat before falling in a third set tiebreak to Kazakh Mikhail Kukushkin.

Groth, who on Wednesday had successfully come through qualifying for the first time at an ATP Masters 1000 tournament, went down 6-4 2-6 7-6(4).

Later in the day, Queenslander John Patrick-Smith went down in straight sets to Dutchman Robin Haase.

Smith, a qualifier like Groth, battled for one hour and 23 minutes before falling 6-4 6-4.

Although he served less aces and had a lower first serve percentage, Haase’s effectiveness on his delivery saw him win nearly 90 per cent of first serve points and not face a break point during the match.