Former world No.1 Lleyton Hewitt's "awkward" BNP Paribas Open win over fellow Australian Matt Ebden has moved him to within one win of his 600th career victory. 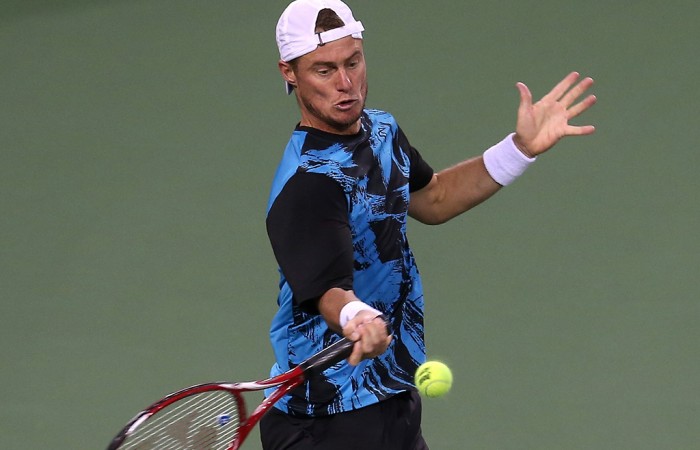 Former world No.1 Lleyton Hewitt’s “awkward” BNP Paribas Open win over fellow Australian Matt Ebden has moved him to within one win of his 600th career victory.

The 33-year-old will get a chance to reach win number 600 against 17th-seeded South African Kevin Anderson in the second round, but placed little stock in the milestone.

“It means I’m getting old, that’s all,” said Hewitt, who would become just the third active ATP player, along with Roger Federer and Rafael Nadal, to notch at least 600 match victories.

“Obviously, it means I’ve had a lot of success, but it’s not something I’m focused on at all.”

Hewitt said all of his clashes with younger compatriots like Ebden feel awkward now that he’s something of an elder statesman in the game.

“It’s not something I look forward to at all now, playing the other Aussies,” Hewitt said. “I’m trying to help these guys out now … I hit with these guys all the time.”

In fact, Hewitt had to cancel a planned practice session with Ebden when the two were drawn to face each other in the first round.

Hewitt will likely have to step it up against Anderson.

He let a 5-1 first-set lead slip against Ebden, and also served for the match at 5-1 in the third only to drop his serve before finally putting the match away with a love game.

“Whenever I was up in sets I didn’t put my foot down,” Hewitt said.

Hewitt said he’s still feeling the effects of the right shoulder injury that forced him out of a second-round match against compatriot Marinko Matosevic in Delray Beach in February after one set.

Hewitt said he had aggravated a shoulder injury the previous week in Memphis, and since Delray Beach had been receiving treatment.