Speaking ahead of her World Tennis Day exhibition match, Sam Stosur believes her best form may not be far off as she gears up for a busy month of tennis spanning two continents. 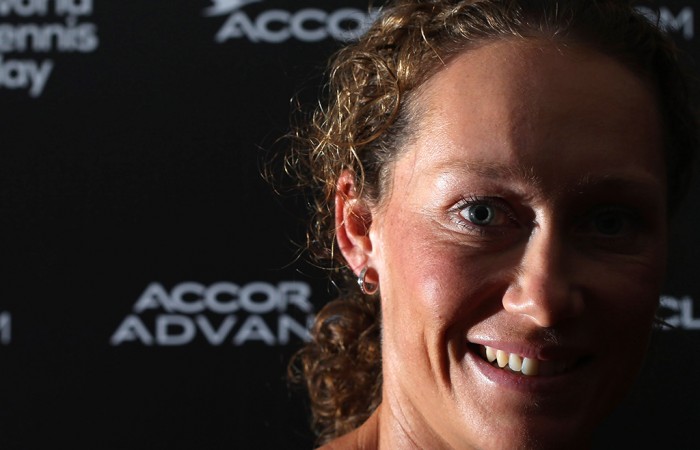 Sam Stosur believes her best form may not be far off as she gears up for a busy month of tennis spanning two continents.

The world No.17 is in Hong Kong ahead of tonight’s World Tennis Day exhibition match against reigning Australian Open champion Li Na, and will then head to the United States for back-to-back spring hardcourt events in Indian Wells and Miami.

“From Hong Kong I go straight to Indian Wells and Miami, then I play Charleston, so yeah the next five weeks or so will hopefully be very busy,” she said with a laugh.

Despite a less-than-ideal swing through the Middle East, the Australian believes that she’s hitting the ball well and that it’s just a matter of time before that form translates to the match court.

In Doha, Stosur lost in the second round to little-known Jana Cepelova, before being taken down in three tight sets in her opening match against highly-rated youngster Annika Beck. Softening the blow in Dubai was a spirited run to the doubles semifinals with Italian veteran Flavia Pennetta.

Her singles losses took her 2014 win-loss record to a nonetheless impressive 8-4, one of her best starts to a season in recent years.

“For sure the Middle East wasn’t what I was hoping for but overall I actually feel like I’m hitting the ball well and on court I’m feeling good, you’ve just got to win,” she said matter-of-factly.

“Hopefully that means the rest of it is not too far off, and I guess that’s what I’ve really got to knuckle down on and improve for when I’m in the States.

“During those matches (such as against Beck) you’ve got to put people away when you win the first set, so I guess it’s just that last little bit that I’ve got to improve at the moment and hopefully I can do that in the next few weeks.”