Jordan Thompson has survived a scare at the City of Onkaparinga Tennis International Pro Tour event on Thursday before advancing in three sets. 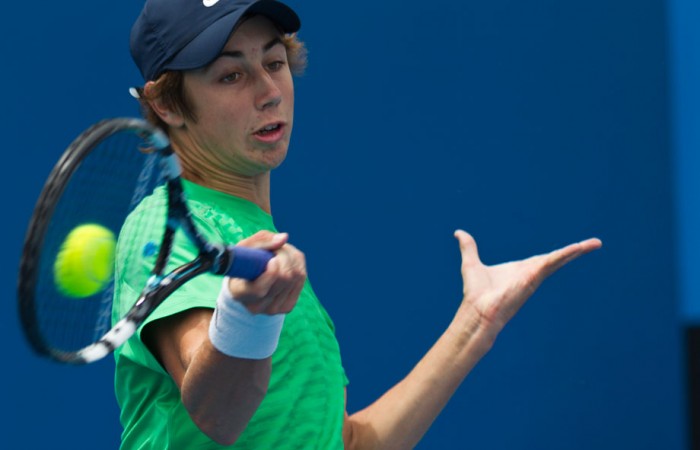 Jordan Thompson has survived a scare at the City of Onkaparinga Tennis International Pro Tour event on Thursday before advancing in three sets.

Thompson, who at age 19 won the Australian Open Play-off and then pushed 20th seed Jerzy Janowicz to five sets in the first round at Melbourne Park, went toe-to-toe with Finn Tearney before beating the New Zealander 4-6 7-6(7) 6-4.

Quarterfinal action at the $15,000 Pro Tour event will commence on Friday from 11am.

Number one seed Misa Eguchi (JPN) overcame a scare against up-and-coming Australian Ellen Perez in the second round at the City of Salisbury Tennis International on Thursday.

Perez played some outstanding tennis in the first set before Eguchi then turned it around in the second and third sets, eventually defeating Perez 2-6 6-0 6-1.

In the surprise result of the day, Australia’s Alison Bai moved comfortably past sixth seed, So-Ra Lee, of Korea 7-5 6-1.

Lee was not the last of the seeds who would fall on day three of main draw matches; seventh seed Miki Miyamura (JPN) lost to Wen-Hsin Hsu (TPE) 6-4 6-2 while eighth seeded Aussie Azra Hadzic fell to Yafan Wang (CHN) 6-1 6-1.