Good signs for Aussies in West Lakes and Launceston

A group of young Aussies continue to fly the flag in Launceston and West Lakes this week. 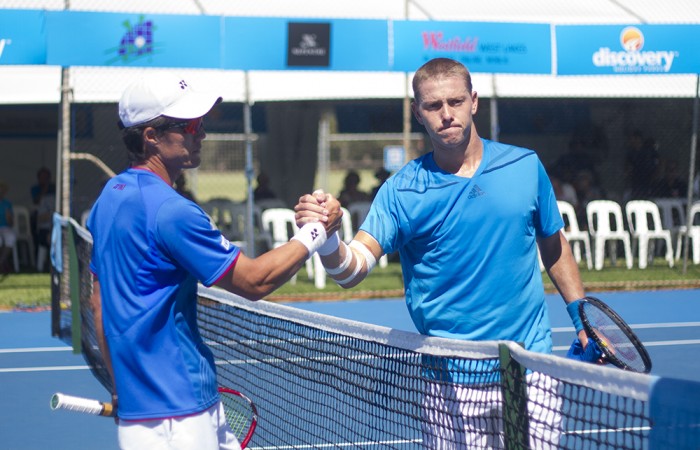 On a day of upsets at the Launceston Tennis International, there was none bigger than Azra Hadzic’s 6-4 3-6 7-6(1) victory over No.1 seed Magda Linette.

The win was a big breakthrough for Hadzic who played some scintillating tennis.

Burnie finalist and Australian Open junior champion Elizaveta Kulichkova upset second-seeded American Irena Falconi 6-3 3-6 6-1 in a match that had many changes in momentum.

Wednesday’s second-round schedule kicks off with an all Aussie affair between Azra Hadzic and Priscilla Hon. There is plenty to play for with a quarterfinal berth on the line.

Following this match, Olivia Rogowska will face Miharu Imanishi from Japan before the feature match between young guns Jasmine Paolini and Kulichkova.

Australians Ben Mitchell and James Duckworth have both progressed to the second round of the Charles Sturt Adelaide International at West Lakes with straight sets wins.

Mitchell opened play on Tuesday and won through comfortably 6-1 6-3 against Yuichi Ito from Japan.

For Duckworth it was a hard-fought win over serve volleyer Toshihide Matsui with Duckworth sneaking past in two tiebreak sets 7-6(2) 7-6(2).

Unfortunately South Australian Alex Bolt could not continue the trend of Australian success after he was knocked out by fourth seed Hiroki Moriya 7-6(4) 2-6 7-6(3).

It was a disappointing loss for Bolt who had match points in the final set but Moriya played the best tennis when it counted to take the win.