Big wins for Bains and Bourchier

Naiktha Bains has won her way through qualifying in Launceston while Harry Bouchier has pulled off a first-round upset in West Lakes. 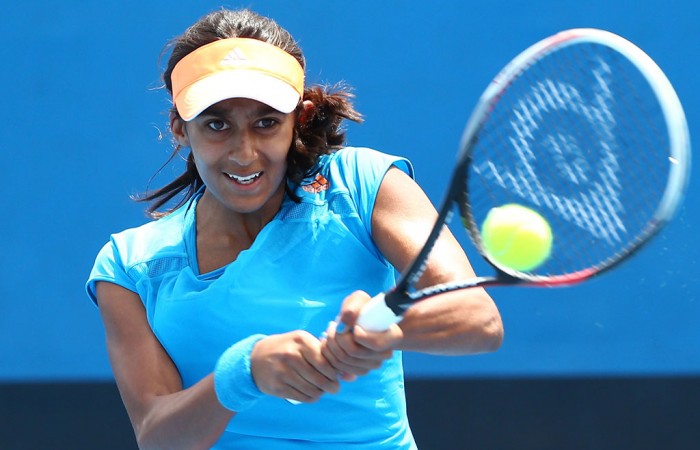 Rising Brisbane star Naiktha Bains triumphed in an epic three-hour marathon win over top seeded Aleksandrina Naydenova 6-3 5-7 6-4 in the final round of qualifying.

Bains moves through to the main draw where she will face third seed Olivia Rogowska in the first round.

In main draw matches completed on Monday, fourth seed Erika Sema battled back from 1-5 down in the third set to defeat Zuzanna Zlochkova in a third-set tiebreak 4-6 6-2 7-6(2).

For the Aussies the top seeded doubles combination of Olivia Rogowska and Monique Adamczak were too much for Tammi Patterson and Burnie champion Misa Eguchi winning in straight sets.

Tuesday’s schedule will conclude the first round of singles and doubles action with some blockbuster matches.

Aussie youngster Harry Boucrhier caused the upset of the tournament so far beating eighth-seeded compatriot Greg Jones 7-6(5) 6-3 in the opening round of the Charles Sturt Adelaide International.

Bourchier will find out later on Tuesday who he will face in the second round – either Australian qualifier Maverick Banes or Great Britain’s Brydan Klein.

South Australian Luke Saville has won through to the second round of the Charles Sturt Adelaide International with a 6-3 6-4 win over Japan’s Shuichi Sekiguchi.

Saville gave up a 4-2 lead in the second set with Sekiguchi levelling at 4-4 before the Riverlander broke Sekiguchi again and served out the match.

Tuesday will see the completion of the first round with Queenslander Ben Mitchell first up on Centre Court against Japan’s Yuichi Ito and second seed James Duckworth playing Toshihide Matsui.