Today will feature wall-to-wall Aussie action at Day 12 of the 2014 Australian Open with three semifinalists and a finalist. 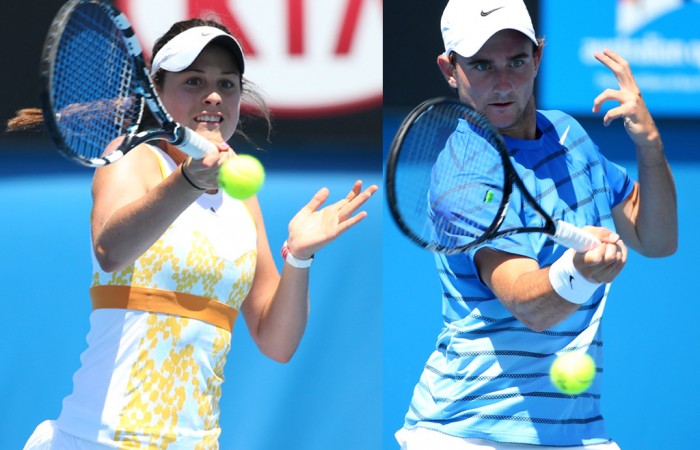 Today will feature wall-to-wall Aussie action at Day 12 of the 2014 Australian Open.

The defending mixed doubles champions, Jarmila Gajdosova and Matthew Ebden are first up on Rod Laver Arena when they play their semifinal against the 6th seeded pairing of Sania Mirza from India and Horia Tecau from Romania.

At the same time on Margaret Court Arena, 18-year-old Bradley Mousley will look to book a place in the boys’ singles final when he comes up against the German No.1 seed Alexander Zverev in their semifinal.

On Show Court 3, 15-year-old Kimberly Birrell will also be aiming for a berth in the final when she plays her girls’ singles semifinal against Croatia’s Jana Fett.

Following that match, Mousley will back up from his singles appointment to play in the final of the boys’ doubles with Austrian partner Lucas Miedler. Mousley is looking to win his second boys’ doubles title at the Australian Open and they will take on the third-seeded French duo of Quentin Halys and Johan Sebastien Tatlot.

You can also stay up to date with all the happenings at Melbourne Park via live score.