Santillan fights back to advance to second round

Aussie’s love a fighter, yesterday in the twilight of Sunday afternoon on Court 20, 16-year-old Akira Santillan showed plenty of it, winning in three sets over Japan’s Ken Onishi 6-2 7-5 6-2. 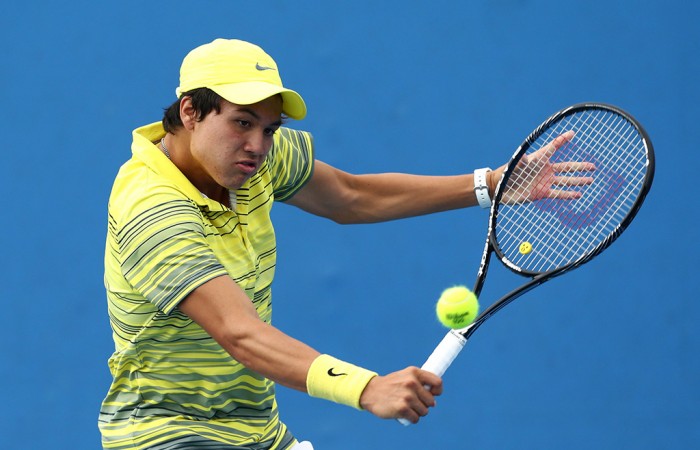 Aussie’s love a fighter, yesterday in the twilight of Sunday afternoon on Court 20, 16-year-old Akira Santillan showed plenty of it, winning in three sets over Japan’s Ken Onishi 6-2 7-5 6-2.

Santillan took the first-set 6-2 in just 24 minutes and appeared headed for an emphatic victory. But after struggling in the second set the Gold Coast youngster had to dig deep to claw the match back from his Japanese opponent.

“I struggled a lot in the second set, I hit at least 10 double-faults in the set which is not too good,” Santillan said after the match.

Despite the second-set adversities, Santillan’s third-set display was as good as the first, taking just 33 minutes to finish off the match in a scenario where it would have been just as easy for a young player to drop his bundle.

Santillan now goes on to tackle Korean 11th seed Hyeon Chung in the second round and admits that he will need to be at his best to stay alive in the tournament.

“I’ve got a tough draw in the second round, but I’ll go out there with nothing to lose.

“I do want to win the whole tournament, but it’s hard, there are players from all over the world and they are difficult to play.

“There’s so many different top players out there that you have to back it up each round.

Santillan’s form has been a continuation of a great end to 2013 which saw him defeat top-ten Australian Matt Reid in a round of the Australian Open wildcard playoffs.

“It’s given me a lot of confidence playing top level players, it makes me feel like I can do it and win some matches.”