After Day 4 delivered a sneak-peek into Australia’s tennis future, Day 5 promises to be every bit as exciting with Casey Dellacqua and Samantha Stosur set to take centre stage. 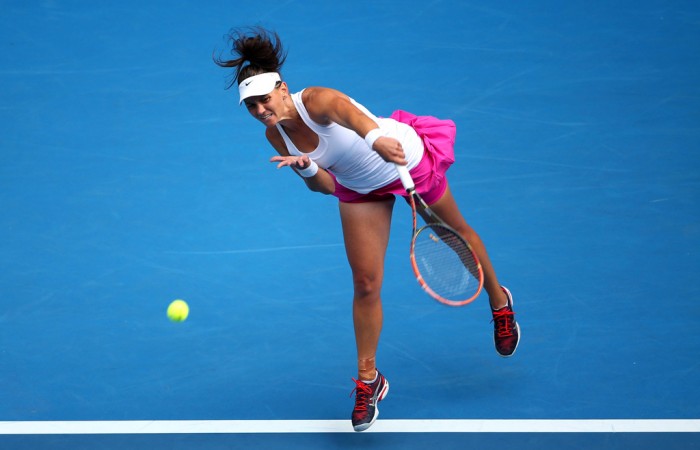 After Day 4 delivered a sneak-peek into Australia’s tennis future, Day 5 promises to be every bit as exciting.

Casey Dellacqua and Samantha Stosur take centre stage today as they look to advance to the fourth round of the 2014 Australian Open.

Dellacqua clashes with China’s Jie Zheng on Rod Laver Arena this afternoon. The pair have both been on the tour for close to a decade but have never met before. The world No.54 should provide a quality challenge for the 28-year-old left-hander from Western Australia.

Their match will be the third match of the day on Rod Laver Arena which will not start before 2pm.

As far as match-ups go, they don’t come much closer. Just three positions separate the pair in rankings, they played twice last year and won a match each and from seven career clashes, Stosur holds a 4-3 advantage.

It promises to be a real gem.

Add to that no less than 15 Aussies on-court in doubles action including Ashleigh Barty, Thanasi Kokkinakis and Nick Kyrgios and it all makes for the perfect smorgasbord of Australian tennis.