Ebden goes down in four sets

It was a match of missed opportunities for Australia's Matthew Ebden, who missed out on an Australian Open third round berth against injured Canadian Vasek Pospisil. 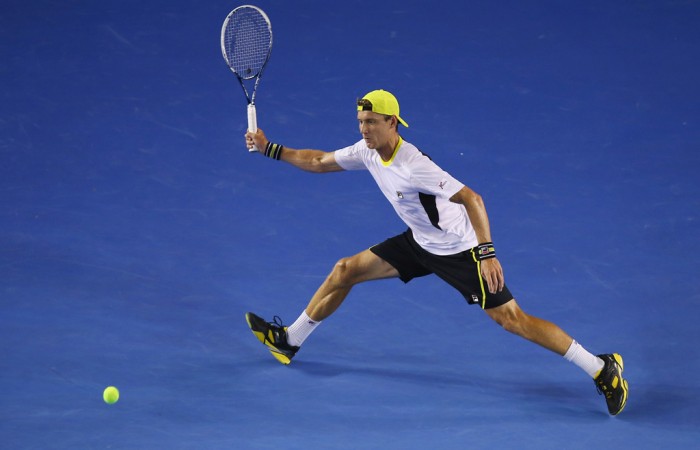 It was a match of missed opportunities for Australia’s Matthew Ebden, who missed out on an Australian Open third round berth against injured Canadian Vasek Pospisil.

The West Australian had a set point in the second set tiebreak and then another in the third set decider but failed to land both knockout punches and instead found himself down and out.

Pospisil struggled through the first set with a back injury, only landing 29 per cent of first serves.

Between sets the 28th seed took a medical time-out and had his back treated by a physiotherapist, and then again midway through the second.

The 23-year-old said post-match he considered pulling out before he loosened up with the help of some pain killers and ultimately played the big points better.

“I just tried to hang tough and overdose on pain killers and that seemed to help me a bit,” Pospisil said.

“I’m super thrilled to get through.”

He will play eighth seed Stanislav Wawrinka in the third round.

It continued a run of crushing losses for Ebden.

Last year at the Australian Open he had match point against world No.25 Mikhail Youhzny before falling in five sets. The year before, it was a similar lead blown against Japan’s Kei Nishikori.