Aussies back in qualifying action on Friday

Friday will see the three remaining Australians in qualifying all in action at Melbourne Park as they continue their bids for a place in the main draw of the 2014 Australian Open. 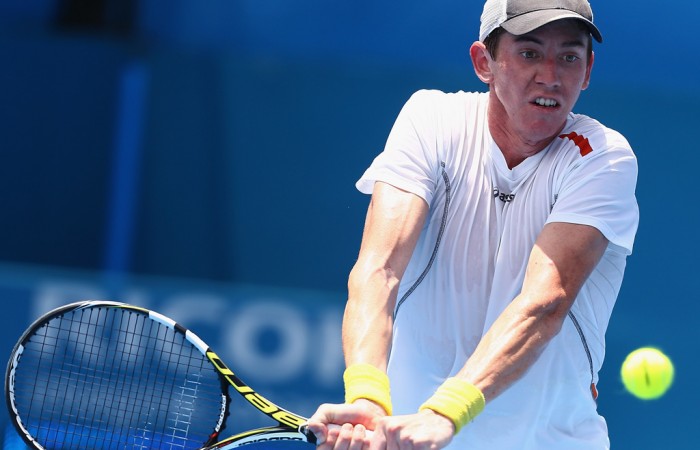 Friday will see the three remaining Australians in qualifying all in action at Melbourne Park as they continue their bids for a place in the main draw of the 2014 Australian Open.

Show court three will be the place to be for Aussie fans with Andrew Harris, John-Patrick Smith and Anastasia Rodionova all playing their second round matches there.

Entry to Melbourne Park is free for the qualifying event and is the ideal opportunity to come down and support the Australians in their quest for a place in the main draw.

John-Patrick Smith will be first to take the court when he clashes with American No.4 seed Denis Kudla in the first match of the day beginning at 10am. The 24-year-old Smith advanced to the second round when he defeated fellow Aussie Benjamin Mitchell. This will be the first time the pair have met with Smith looking to upset the American who is ranked 110 places ahead of him.

Andrew Harris will take on China’s Ze Zheng in the second game of the day. Zheng progressed to the second round via a hard fought three-set win over No.6 seed Diego Sebastian Schwartzman. Harris made the most of his second appearance at Australian Open qualifying when he disposed of Italian Simone Vagnozzi in straight sets. The pair have also never met before.

Anastasia Rodionova, fresh off her upset win against No.2 seed Coco Vandeweghe, will go toe-to-toe with German Carina Witthoeft. The pair have met once back in 2012 on carpet in Germany when Witthoeft won in two sets. Rodionova proved on Thursday that she is more than capable of upsetting the best in the qualifying tournament and she will be looking to replicate that result again today.

If you can’t make it to the venue, there are plenty of options to help you stay in touch with all the action, including both live scores and live streaming.