Qualifying for the women’s singles at the 2014 Australian Open begins this Thursday with seven Australians aspiring to win through to the main draw of their home Grand Slam tournament. 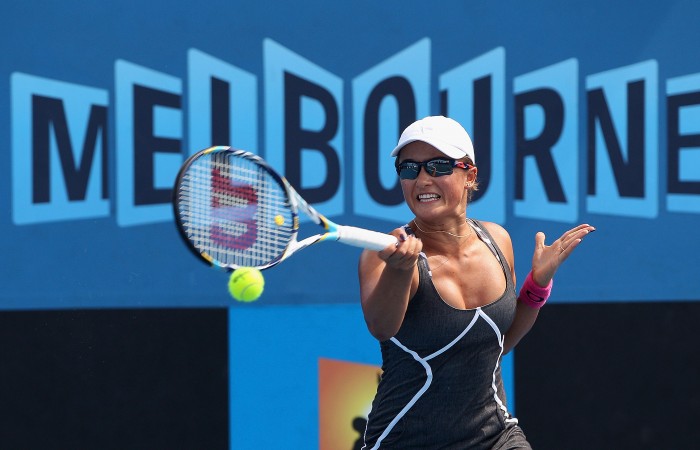 Qualifying for the women’s singles at the 2014 Australian Open begins this Thursday with seven Australians aspiring to win through to the main draw of their home Grand Slam tournament.

Action starts from 10am and entry to Melbourne Park is free for the qualifying event with wall-to-wall tennis and plenty of Australians to barrack for.

Qualifying will see 96 competitors vie for just 12 positions in main draw of the first Grand Slam tournament of the year.

If you can’t make it to the venue there are plenty of other options to stay up to speed with the event including live scores and live streaming.

Show court three features four of the seven Australians in action, with 15-year-old Sara Tomic opening proceedings against Tamira Paszek. Tomic, the younger sister of Bernard Tomic, faces a challenging match against Paszek who has appeared at seven Australian Open tournaments and has had a highest career ranking of No.26.

Arina Rodionova will play the No.7 seed for the qualifying event, Heather Watson from Great Britain, second up on show court three. Rodionova’s sister Anastasia Rodionova will make it a family affair as she takes on No.2 seed Coco Vandeweghe following Arina’s match.

The final Australian to appear on show court three will be Naiktha Bains as she comes up against No.17 seed Andrea Hlavackova. The match will provide a good experience for the 16-year-old Bains with Hlavackova having played in five Australian Opens and being ranked as high as No.58 in the past.

Show court six will feature two more Australian women in action on the day. 24-year-old Tammi Patterson will take on tour veteran Stephanie Foretz Gacon. That match will be followed by the clash between Australia’s Priscilla Hon and American Nicole Gibbs.

The only other Australian in action during women’s qualifying tomorrow will be 15-year-old Western Australian Maddison Inglis. Inglis comes up against Russian No.19 seed Marta Sirotkina.