Ebden through to Brisbane second round

Australian Matthew Ebden made short work of American Alex Kuznetsov to win through to the Brisbane International second round on Tuesday. 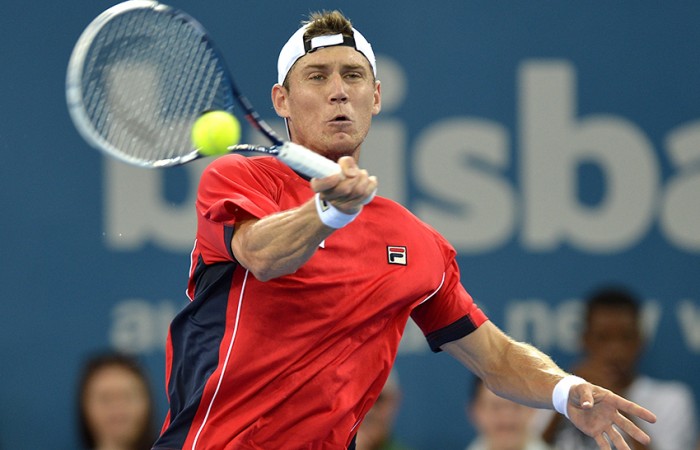 Making up for lost time, Australian Matthew Ebden made short work of American Alex Kuznetsov to win through to the Brisbane International second round on Tuesday.

The 26-year-old is assured of a tougher workout in the second round – he booked a clash with second seed Kei Nishikori of Japan.

Ebden was one of the big movers in the 2013 rankings after a successful run at the second tier Challenger level cut his ranking from 135th to 68th, close to his career high of 61.

But the Brisbane International marked his first ATP main draw showing in six months due to his Challenger circuit stint.

Not that it showed on Tuesday.

Ebden was supposed to take on fellow Aussie, tennis prodigy Nick Kyrgios in the first round before the 18-year-old withdrew on Monday night with a shoulder injury.

The top-ranked Australian junior this year, Kyrgios still hopes to play at the Australian Open.

Ebden showed no mercy to his replacement, Ukraine-born Kuznetsov – ranked 74 places lower in the world standings.

The Australian broke in the third game before claiming the first set in 36 minutes.

He broke in the opening game of the second, only to immediately drop his serve to the spirited 26-year-old American.

Kuznetsov broke again in the sixth game to lead 4-2 before Ebden rattled off the next four games to seal an impressive centre court victory.