Barty grits out win to qualify in Brisbane

UPDATE: Ash Barty has staged a stunning comeback to win through to the main draw of the Brisbane International. 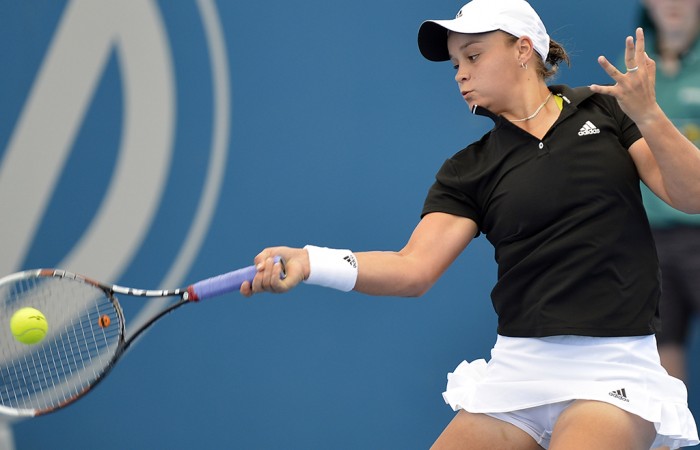 Ash Barty has staged a stunning comeback to win through to the main draw of the Brisbane International.

The 17-year-old Aussie recovered from 5-2 down in the third set and saved five match points in the ninth game to defeat Dutchwoman Kiki Bertens in the final round of qualifying, 2-6 6-3 7-5.

It was Barty’s third straight win at the Queensland Tennis Centre, and second to come in three gruelling sets.

Barty joins compatriot and doubles partner Casey Dellacqua in the main draw, and will face former world No.5 Daniela Hantuchova in her first round match.

Another Aussie, Olivia Rogowska, was eliminated in the first round of main draw play by evergreen Japanese star Kimono Date-Krumm.

Rogowska battled for one hour and 34 minutes before falling to the 43-year-old Date-Krumm 6-3 7-5.

Wu Di of China now stands between Kokkinakis and a place in the main draw, after he beat American fifth seed Rhyne Williams.

Earlier on Sunday, Aussies Jarmila Gajdosova and Anastasia Rodionova were unable to join Barty in the main draw after falling in their final round qualifying matches.