A passionate and caring coach, Paul Arber, who tragically died in New Zealand last month, was a valuable member of the Australian tennis community. 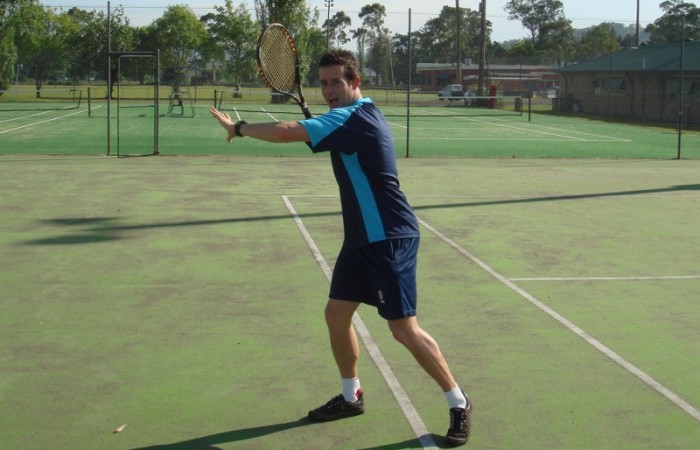 A passionate and caring coach, Paul Arber, who tragically died in New Zealand last week, was a valuable member of the Australian tennis community.

The tennis community was deeply saddened by the loss of one of its own in a tragic incident in New Zealand. Paul Arber passed away after working with a squad of junior players contesting a tournament in Hamilton.

The response to Arber’s disappearance was resounding; more than 2,000 people joined the ‘Find Paul Arber’ Facebook group set up by close friend Nathan Hude. “The response truly was overwhelming from back home as well as from the people of New Zealand and Hamilton, which reflected how much respect Paul had in the tennis community,” Hude said.

Hude, who was part of a close-knit group of Australian players also including Stephen Huss and Joseph Sirianni, was with Arber in New Zealand when he disappeared. “Seeing him the day he disappeared (working) with his coaching kids was truly inspirational in the guidance and leadership he was showing,” Hude said.

“I’m really grateful that that will be the last vivid memory I have of him.”

Around 800 people – including family, friends and members of the Australian and international tennis community – attended Arber’s funeral service, held on Sunday 15 December at MCK Lyndhurst Cemetery in Melbourne’s outer south-east. All remember a man who was genuine, warm and caring, and passionate and enthusiastic about the future of Australian tennis.

“We are very saddened to lose our good friend and tennis partner. Our tennis community had a great deal of respect and admiration for Paul. He was well liked and always willing to help others,” said Tennis Australia CEO Craig Tiley.

“We remember Paul as the one who would be available any time for a hit, a tour, a lesson or a relaxed chat. Paul was the quiet achiever and loyal friend. Paul taught us how to be giving, generous and never take anything for granted. Paul, may you rest in peace. You will be missed.”

An ATP-ranked player in 1999 and 2000, Arber worked as a hitting partner to women’s stars Monica Seles, Justine Henin, Jelena Jankovic and Caroline Wozniacki, and a travelling hitting partner for Bernard Tomic.

In the coaching sphere, he worked at the NCAA Division 1 Auburn University in Alabama, as well as at the Australian Institute of Sport (AIS) and the National Academy in Melbourne.

John McCurdy, head coach at Tennis World, worked with Arber for two years at the AIS. “He was a hard worker, very responsible, and did a great job with all of the players there,” McCurdy said.

“He was very popular with the players that he worked with, and did a great job on behalf of the AIS as the scholarship coach there. He was also very popular among the wider tennis community, and touched lots of people in the various roles he had.

“He will be sorely missed.”

“Paul was enormously popular, admired and respected by his fellow coaches. The professionalism, dedication and determination he showed as a player shone through in his approach to coaching,” he said.

“The huge turnout by the tennis community at his funeral was testament to the love everyone had for Paul.

‘To echo a common sentiment this week, there will never be another Paul Arber.”

Arber is survived by parents Sam and Richelle, and sister Belinda.