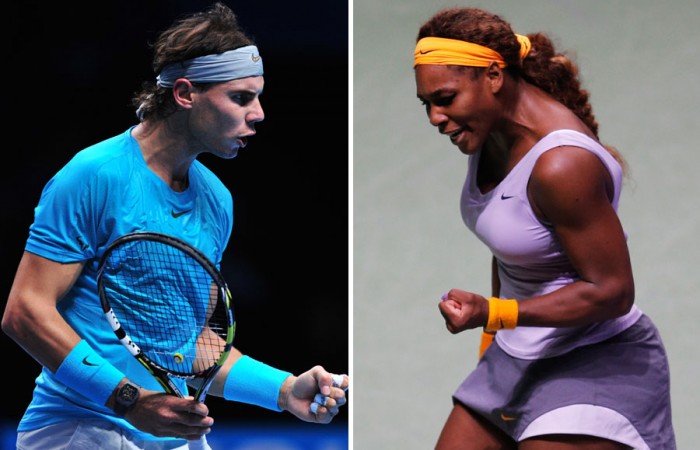 World No.1s Rafael Nadal and Serena Williams will headline an all-star field for the event, and will be joined by each of their top 10 rivals for what is set to be another hotly contested Australian Open.

“Once again we have an incredibly strong field coming to Melbourne to contest the Australian Open in 2014, proof that this is one of the players’ favourite events and how much the title means to them,” Tiley said.

“We’re so lucky to have the world’s two best men in Rafael Nadal and Novak Djokovic at the top of their game coming into the tournament, which could set the stage for a colossal struggle for the trophy and that No.1 ranking.

“Roger Federer is training hard and with 2014 the 10th anniversary of his first win at the Australian Open he’s certainly motivated to do well here, as is Andy Murray following a few months out of the game due to injury.

“Among the women, we have the top-ranked Serena Williams looking to win the title for the first time in four years, and a host of exciting challengers including world No.2 and defending champion Victoria Azarenka, 2013 finalist Li Na, and Maria Sharapova on the comeback trail.

“It should be another fantastic fortnight of tennis and I’m sure I’m not the only one who can’t wait to see how it all plays out in January.”

The women’s draw has been bolstered by the return of Vera Zvonareva, set to make a comeback after 18 months on the sidelines with a shoulder injury. The only absentee from the world’s top 100 women is world No.19 Maria Kirilenko, who will miss the tournament due to an ankle injury. World No.13 Marion Bartoli, who retired from tennis following her victory at Wimbledon in July, will be removed from the rankings list on 1 January.

The only absence from the world’s top 100 men is No. 75 Viktor Troicki, currently serving a suspension from the tour.

World No.103 Go Soeda and 107th-ranked Petra Martic were the last direct acceptances into the men’s and women’s main draws respectively.

Eight wildcard entrants will be added to both the men’s and women’s draws, along with 16 male qualifiers and 12 female qualifiers.

This week at Melbourne Park 32 of the nation’s top men and women are battling it out for the first wildcard entries to January’s event at the Australian Open 2014 Play-off.

Australian Open qualifying rounds commence on Wednesday 9 January, with Round 1 of the main draw set to get under way onMonday 13 January.