A strong women’s field featuring a wealth of experience and WTA success will assemble for the Australian Open Play-off as part of the December Showdown. 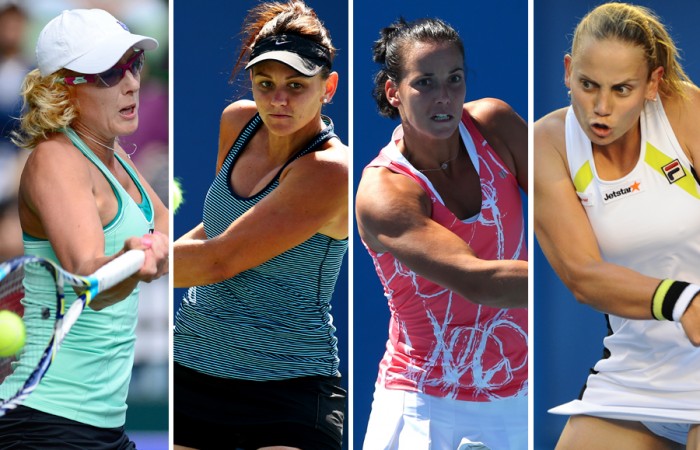 A strong women’s field featuring a wealth of experience and WTA success will assemble for the Australian Open Play-off as part of the December Showdown.

They will be joined by an exciting men’s field stocked full of exciting, emerging talent when the event  begins on Monday 9 December.

In 2013 both the men’s and women’s events will feature a knock-out draw, and all men’s matches will be best-of-five sets.

Sixteen men and 16 women will compete for a coveted wildcard entry into the first Grand Slam of the year; entries into the tournament are determined by a combination of a player’s ranking, results on the professional circuit – including Challenger, Futures and ITF events – and for junior players, good results at international events and national championships.

Among the women’s field is a quartet of extremely experienced and credentialled Aussie women – Casey Dellacqua, Anastasia Rodionova, Jarmila Gajdosova and Jelena Dokic.

Snapping at their heels will be some rapidly improving young Aussie talents in Storm Sanders, Viktorija Rajicic and Azra Hadzic, all of whom have achieved career-high rankings in 2013.

Dellacqua, a former world No.39, will look to translate her stellar doubles results this season onto the singles court. Combining with Ashleigh Barty to reach the Australian Open, Wimbledon and US Open finals, the Western Australian began to experience sustained singles success late in the season when she qualified for the WTA Premier event in Tokyo and then won back-to-back Pro Tour events in Bendigo.

Meanwhile, Gajdosova and Dokic will continue their comebacks from the sidelines; Gajdosova, a former top 25 player, missed six months of the 2013 season due to mononucleosis, while Dokic, once ranked No.4 and an Australian Open quarterfinalist in 2009, will be making her first competitive outing since April 2012 after suffering a serious wrist injury that necessitated surgery.

“It’s going to give the players Australian Open-standard matches,” he said.

“All those girls, especially at the top end – Jelena, Jarka, the Rodionovas – have had AO experience in the past and WTA experience. It’s going to be great experience for them to compete and get some confidence up, and also for the younger players coming through, a chance to experience what WTA tennis is like (playing against them).”

On the men’s side, AO Play-off defending champion Ben Mitchell is among the field, joined by an exciting crop of young guns who have posted impressive results on the ITF Futures circuit this year; Andrew Whittington, Jordan Thompson, Luke Saville and Gavin Van Peperzeel.

John-Patrick Smith is the highest-ranked entrant at world No.221.

Soyer said the decision to contest all men’s knock-out matches over five sets aimed to replicate Grand Slam conditions, giving players the best opportunity to experience such an atmosphere ahead of the Australian Open.

“The selectors want to know when they’re giving out (more) wildcards during the summer which players are up to the pressure of playing over five sets,” he said.

The official draw for the Australian Open 2014 Play-off will be held this Sunday 8 December.

The Australian Open 2014 Play-off will be live streamed from 9.45am on Monday 9 December on Tennis Australia’s YouTube channel.