Tickets for Australia's Fed Cup World Group first round tie against Russia are now on sale through Ticketek. 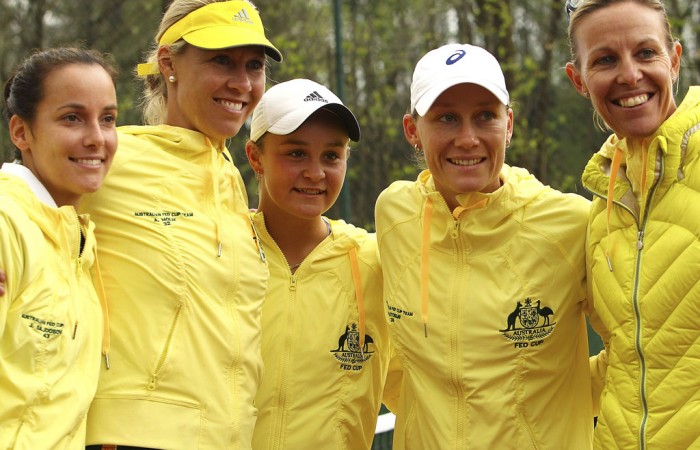 Tickets for Australia’s Fed Cup World Group first round tie against Russia are now on sale.

Australia will meet one of the competition’s powerhouse nations on 8-9 February 2014 at Hobart’s Domain Tennis Centre.

> get your tickets through Ticketek

Russia reached the final of the 2013 competition, only to lose heavily to Italy.

Australia, meanwhile, defeated Switzerland in its World Group Play-off tie in April to cement its place in the elite eight-nation World Group for the third time in four years.

With the two nations having met on six previous occasions, Australia is looking to beat Russia for the first time since 1983.

The head-to-head currently stands at 3-3.