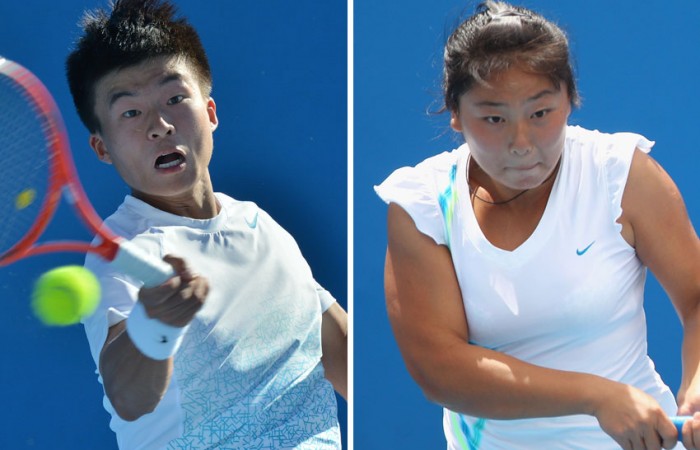 Wu showed no mercy in taking the first set 6-0 in just 24 minutes. He then took a 5-0 lead before Zhang was able to get into the match.

“Wu had the ball on a string,” said Tennis Australia’s Mark Edney.

“His effortless movement, power and consistency were impenetrable for the first eleven games.”

Zhang showed some fight winning the next three games taking the second set to 5-3.  Momentum was in his favour making three straight unforced errors to give Wu three match points.

Tang, ranked No.467, settled into the match quicker than her opponent, breaking Ozaki’s serve in the opening game and then breaking again in the ninth game to take the first set in 43 minutes.

Tang shot out to a 4-0 leave in the second, before starting to tighten up.  Ozaki came back to win the next three games, but Tang steadied to see out the match.

“I hope to play a top 10 player in Australia,” Tang said. “I would like to play on Hisense Arena.”

Both junior winners for the first time receive wildcards into the Australian Open 2014 Junior Championships.