Matthew Ebden has won the Keio Challenger International in Yokohama, Japan at the weekend while Aussie compatriot Sam Groth reached the final in Champaign. 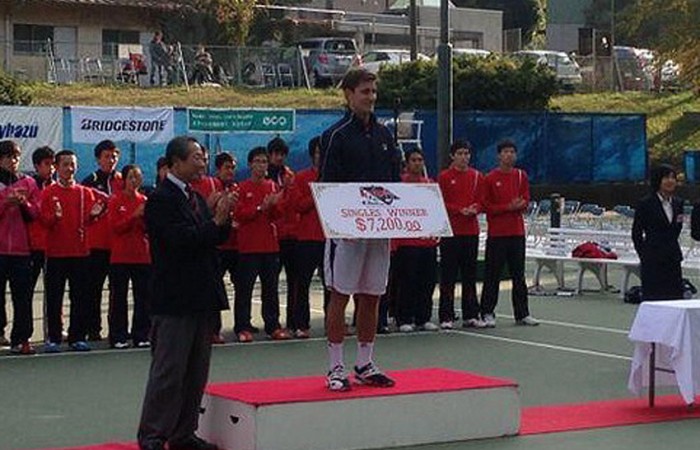 Matthew Ebden has continued his stunning form on the ATP Challenger circuit by winning the Keio Challenger International in Yokohama, Japan.

Meanwhile, fellow Australian Sam Groth won through to the final of the JSM Challenger of Champaign-Urbana in the United States before falling in the final in three tight sets.

“Very happy to win the title today here in Japan. Love Japan & all the fans here – thank you for the support, (you are) amazing,” the 25-year-old tweeted following victory.

This run of success has seen him build a 24-5 win-loss record since the US Open, and slash his ranking from No.135 to No.95 in that time.

He stands to rise even higher following his latest success in Japan, a week during which he dropped just two sets en route to his third Challenger title of 2013.

Over in the US, Groth impressively scrapped his way through the draw to reach the final, with two of his matches extending to three sets and all four featuring at least one tiebreak.

In the final, the big-serving Victorian won the first set and fought all the way against unseeded American Tennys Sandgren, before ultimately going down 3-6 6-3 7-6(4).

“Disappointing to lose the final today but on to Japan next week for the last week of the year with a new career high (ranking),” Groth tweeted.