The Perth International has attracted a strong field of local and international talent, descending on Western Australia this week for the women's $25,000 Pro Tour event. 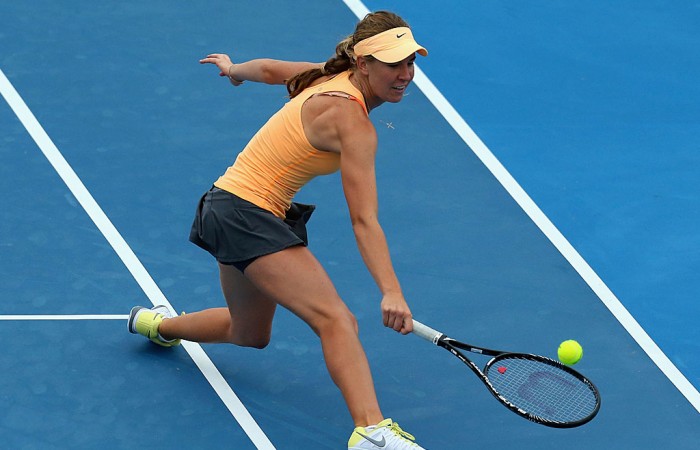 The Perth International has attracted a strong field of local and international talent who will descend on Western Australia this week for the women’s $25,000 Pro Tour event.

Three WTA top 200-ranked players will compete at the State Tennis Centre, including top seed and world No.157 Olivia Rogowska of Australia.

Third seed Irina Falconi of the United States is a former top 100 player, while eighth seed Anett Kontaveit of Estonia is one of the world’s most promising junior talents.

A trio of Japanese hopefuls – Erika and Yurika Sema, and Sachie Ishizu – round out the remaining top five seeds in Perth.

Another exciting player to keep an eye on is Queenslander Isabella Holland, who recently won the Toowoomba Pro Tour event with a come-from-behind victory over Zuzana Zlochova in the final.

It’s not all about the international visitors or top-ranked Aussies though; the Perth International also sees several Western Australian girls, currently training with the National Academy, competing for a chance to build their WTA ranking.

Leading the way among this crop are former world No.132 Jessica Moore, and impressive junior prospect Maddison Inglis.