Darwin is determined to be one of Australia’s leading towns in the inaugural AO Blitz competition. 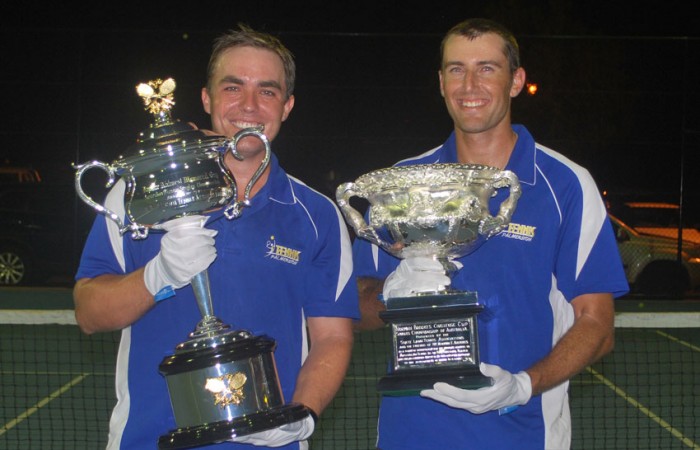 Darwin is determined to be one of Australia’s leading towns in the inaugural AO Blitz competition.

The Northern Territory capital hosted an AO Blitz activation visit recently, sparking lots of interest and excitement in the town about the new national competition.

At Tennis Palmerston, which opened in Darwin this year, head coaches Sam Giess and Dan Parker were excited to take part in the AO Blitz visit.

“We’re just building our numbers up and up and the AO Blitz has helped us so much,” Parker said.

The coaches were thrilled with the response to the AO Blitz visit at their club.

“Just getting tennis out there is the best thing,” said Parker.

“The kids have loved testing out their serve speeds and even the adults have loved it, being able to get a photo with the AO Open trophies is pretty cool.”

Both coaches hope to see club members and their fellow Darwin residents embrace the AO Blitz competition and earn enough points to score the town a leading player at Australian Open 2014.

The AO Blitz competition invites individuals, schools and clubs to take on a series of tennis-themed challenges to win prizes and points, which are then added to town totals. The towns that earn the most points will be represented by the world’s top players in the first Grand Slam tournament of the year.

“We want to try and get as many people involved in it as possible. It’s a great concept,” Giess said.

When asked who they hoped to have representing the town in the AO Blitz competition, both coaches were unanimous on who would be their ideal player.

“It would have to be Nadal,” Parker said.

Don’t forget to register for the AO Blitz and follow online at facebook.com/AOBlitz and @aoblitz for updates on challenges and prizes.