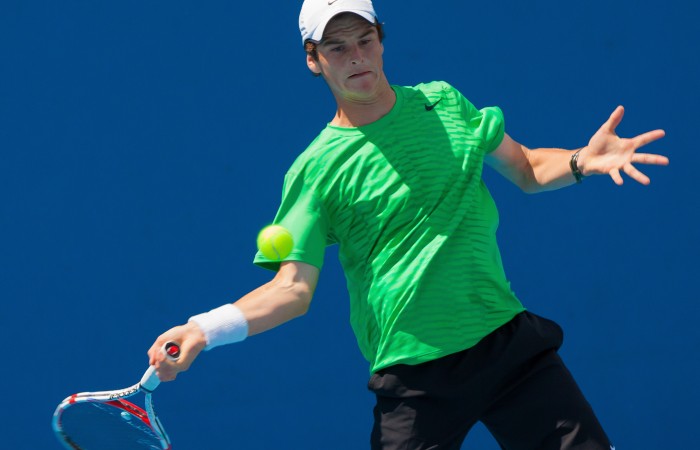 Grills was joined in the second round by defending champion and No.4 seed Luke Saville; the South Australian accounted for Queenslander Kaden Hensel 6-2 6-3.

On the women’s side, second seed Azra Hadzic was made work for her 7-5 6-4 win against young Queenslander Lizette Cabrera.

Anderson will be looking to build on his first professional win as Feeney continues his search for a third pro tour singles title in 2013.