Dellacqua, Kyrgios qualify for US Open

UPDATE: Casey Dellacqua and Nick Kyrgios have boosted Australia's presence in the US Open main draws after winning their final round qualifying matches on Friday. 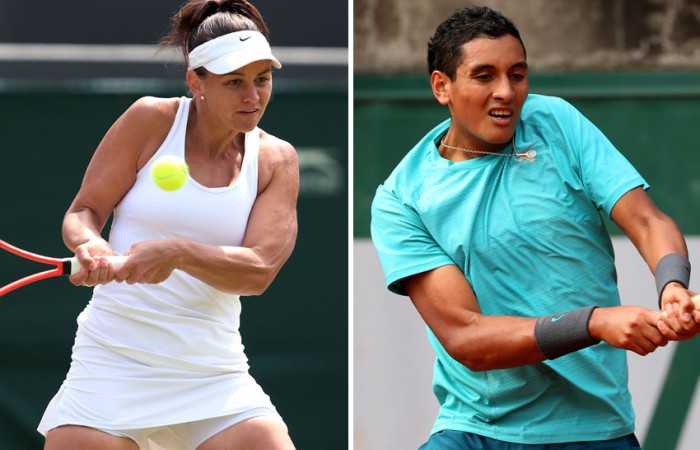 Casey Dellacqua and Nick Kyrgios have bolstered Australia’s presence in the main draws of the US Open, with both scoring wins in the final round of qualifying on Friday at Flushing Meadows.

Dellacqua secured her place in the draw of the year’s final Grand Slam with a 7-5 6-3 victory over the dangerous Ksenia Pervak, once ranked as high as No.37.

It will be the Western Australian’s first appearance in a major main draw since the Australian Open – she fell at the qualifying stage at both Roland Garros and Wimbledon.

“Played three lefties to qualify here at the US Open. Never happens. Lucky I had my fellow WA lefty here @stormsanders94 to help me get through!!” she tweeted following the win over Pervak.

Dellacqua will face fellow qualifier Ajla Tomljanovic of Croatia in her first round match.

Kyrgios was forced to battle for three sets for the second straight day, eventually overcoming Tunisia’s Malex Jaziri 4-6 6-3 6-4 after two hours and 13 minutes on court.

“A few days rest will help heaps, so pumped to have qualified for my first slam @usopen thanks to everyone for the kind messages,” he posted on Twitter after the milestone victory.

The 18-year-old from Canberra will contest just his second Grand Slam main draw, having stunned Radek Stepanek to reach the second round at Roland Garros in late May.

It will be an even tougher start for Kyrgios in New York – he has drawn No.4 seed David Ferrer, a semifinalist at the US Open last year and who is the reigning French Open finalist.

In other Australian results, Olivia Rogowska and Anastasia Rodionova were unfortunately unable to join their compatriots in the main draw in New York.

The US Open main draw action begins on Monday.