Australia's semifinal loss to the United States has ended the boys' team's bid for the title at the World Junior Tennis Finals in the Czech Republic. 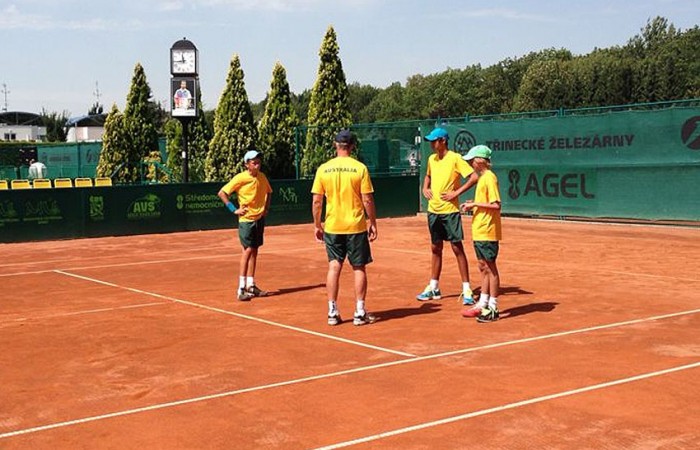 Australia’s boys’ team on Thursday lost in the semifinals to the United States, thus ending its bid for the title at the World Junior Tennis Finals in the Czech Republic.

The doubles rubber was not contested.

The United States advance to the final where it will take on Russia, a 2-0 victor over France in the other semifinal.

Meanwhile, Australia’s girls team enjoyed a win over Romania in the play-off for fifth to eighth place at the ITF 14-and-under teams competition.

Jaimee Fourlis started the Aussies off on a good note with a comprehensive 6-3 6-0 victory over Iona Guna, until scores were levelled when compatriot Destanee Aiava fell to Andreea Rosca 7-5 6-4.

Yet Aiava rebounded strongly in the live doubles rubber, combining with Fourlis to beat Guna and Rosca 6-2 6-2.

Australia will next face India in the play-off for fifth position, after India defeated South Africa two rubbers to zero.