UPDATE: Marinko Matosevic has staged the biggest win of his career at the ATP Citi Open on Thursday, downing fourth seed Milos Raonic to reach the quarterfinals. 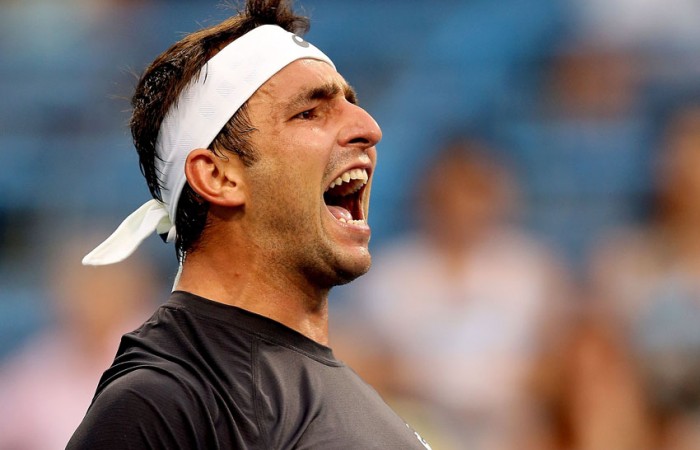 Australia’s Marinko Matosevic has staged the biggest win of his career at the ATP Citi Open in Washington DC, downing fourth seed Milos Raonic in straight sets on Thursday to reach the quarterfinals.

The Victorian scored a memorable 7-5 7-6(7) victory over the 13th-ranked Canadian, continuing his remarkable run at the ATP 500 event that has seen him progress to the last eight without dropping a set.

Matosevic beat former world No.4 James Blake in the opening round, 15th seed and former No.3 Nikolay Davydenko in the second and now Raonic in the third round, who is Matosevic’s highest-ranked scalp ever.

His previous was his victory over then-No.14 Juan Monaco at Indian Wells in March.

Watching as 19 aces flew by him, Matosevic was able to create plenty of damage with his own serve, winning an impressive 87 per cent of points on his first serve and not facing a single break point throughout the match.

He capped victory in a tense second set tiebreak after one hour and 39 minutes, setting up a quarterfinal stoush with Russian Dmitry Tursanov, a 4-6 6-4 7-5 winner over Radek Stepanek.

Later on Stadium Court on Thursday, top seed Juan Martin del Potro had too many weapons for Bernard Tomic, beating the Australian 6-3 6-3.

The Argentine, playing his first event since reaching the semifinals at Wimbledon, continued that form on the hardcourts of Washington DC, breaking Tomic’s serve four times en route to victory in just one hour and nine minutes.

Tomic, the 14th seed, did have some success on serve, out-acing del Potro eight to six.

Yet once the serve was returned, the No.1 seed was too strong from the back of the court, setting up a quarterfinal match with seventh seed Kevin Anderson.

Anderson earlier beat another Aussie, wildcard James Duckworth in a tight three-set battle held over to Thursday due to a deluge on Wednesday.

The match was poised at 5-4 on serve in the third set, but when Duckworth came out serving to stay in the match, the in-form Anderson was able to capture the vital break to seal a 6-3 3-6 6-4 win.