UPDATE 2:35pm: Aussies Marinko Matosevic and Sam Groth have moved into round two at the ATP/WTA Citi Open, while Matt Ebden and Anastasia Rodionova fell. 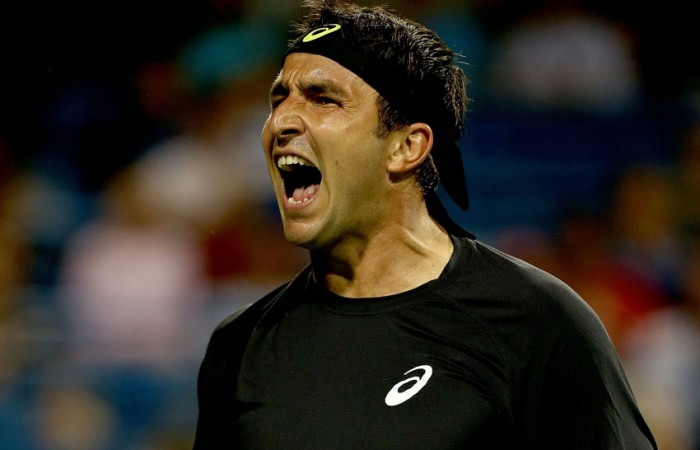 Australians Marinko Matosevic and Sam Groth have impressed with straight-set victories to move into the second round of the ATP/WTA Citi Open in Washington DC.

Yet their compatriots Matthew Ebden and Anastasia Rodionova were unfortunately unable to join them in round two.

Groth, a qualifier and ranked 228th, subdued American wildcard Denis Kudla 7-6(2) 6-2, a result he was able to achieve in part thanks to 20 aces.

The big-serving Aussie won an incredible 95 per cent of points when he landed his first serve, and saved the one break point he throughout the one hour and 18 minute contest.

Later on Monday in the US capital, Matosevic hung tough in a tense second set to beat the 33-year-old James Blake 6-2 7-6(6), setting up a second-round match with No.15 seed Nikolay Davydenko.

After pocketing the opening set with relative ease, the second set progressed to a tiebreak, in which Matosevic scored two match points when leading 6-4.

Blake was able to save them both, but couldn’t save another; the Victorian closed out the match two points later after one hour and 27 minutes on court.

In the match preceding Matosevic’s, Ebden stormed through the first set against Mardy Fish before the 31-year-old American recovered to win 2-6 6-1 6-3.

Little separated the pair on the stats sheet except for the second serve, where Ebden struggled; he was only able to win 32 per cent of points when forced to hit a second serve, compared to Fish who managed more than 50 per cent.

Having split their previous two meetings – both in 2012 – Fish now leads their head-to-head 2-1.

In the last match of the day on the Citi Open’s Stadium Court, Rodionova fell to Melanie Oudin 7-5 6-3.