UPDATE: Lleyton Hewitt has opened his campaign at the ATP Atlanta Open in fine style, defeating Edouard Roger-Vasselin in straights sets on Tuesday. 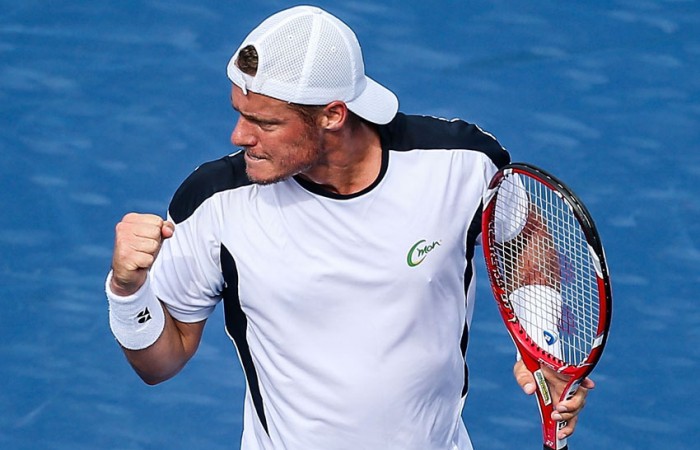 Lleyton Hewitt has opened his campaign at the BB&T Atlanta Open in fine style, defeating Frenchman Edouard Roger-Vasselin in straights sets on Tuesday.

The seventh seed posted a 6-4 6-4 victory, helped by a handy seven aces, hit first match on hard court in several months and coming after he recently reached the final at the ATP Newport event on grass.

“I hadn’t hit a lot on hard court. I’ve always found that coming from grass to hard court is difficult,” he said after beating Roger-Vasselin in 88 minutes.

“I feel like I’ve played very well for the most part … I’m preparing for the US Open. When you’ve been No.1 and won Slams, the big ones are what motivate you.”

Hewitt’s serve was on-song throughout the encounter, allowing him to save the only two break points he faced as well as win more than 80 per cent of points behind his first delivery.

The win sets up a second-round battle with American wildcard Rhyne Williams.

Fellow Aussie Matthew Ebden is also contesting the ATP 250 event in Atlanta, having won through three rounds of qualifying.

He plays giant-serving Croat Ivo Karlovic in the first round.