This weekend, we bring you a selection of some of the best articles that have made headlines recently in the tennis media. 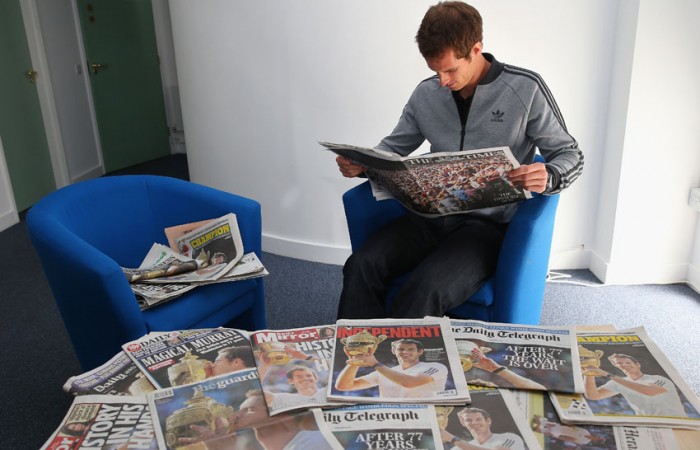 This weekend, we bring you a selection of some of the best articles that have made headlines recently in the tennis media.

Plus size model
tennis.com / Jon Levey / 16 July
Following Federer’s much-publicised switch to a new racquet with a larger head size, tennis.com’s Jon Levey analyses the racquets attributes and how it could complement the Swiss great’s game.

Hingis to make doubles comeback
wtatennis.com / 16 July
In exciting news for fans of Martina Hingis, the WTA has revealed that the “Swiss Miss” plans to make a return to professional tennis on the doubles court.

The distraction Serena Williams needs
ESPN tennis / Peter Bodo / 15 July
After a dramatic Wimbledon in which Serena Williams was embroiled in pre-tournament controversy and then ousted sensationally in the fourth round, Peter Bodo explains why a trip to the minor tournament of Bastad, Sweden is the perfect tonic for Serena.

What’s in a score
tennis.com / Steve Tignor / 18 July
Steve Tignor takes an intriguing look at the idiosyncrasies of tennis scores compared with other sports, and how to read into certain scorelines.

Humboldt penguins named after Andy Murray
Scotsman.com / 17 July
Andy Murray’s historic Wimbledon triumph was recognised in a slightly unconventional way at the St Andrews Aquarium when, following a public poll, four Humboldt penguins were named in honour of the world No.2 and the three most important women in his life.