Tomic wins, Matosevic out of Eastbourne

Bernard Tomic has reached the second round at the combined ATP/WTA event in Eastbourne, yet compatriot Marinko Matosevic was downed in his opening match. 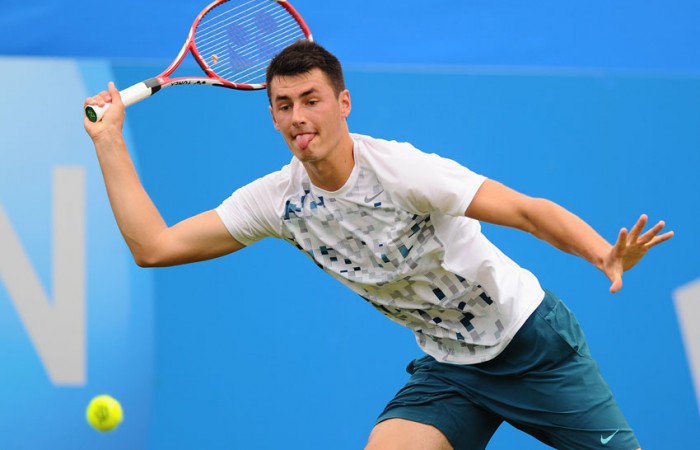 Bernard Tomic has reached the second round at the combined ATP/WTA event in Eastbourne on England’s south coast.

The 20-year-old ended a four-match losing streak in style but said after the match he was still not fully recovered from the hamstring injury suffered during a first-round French Open loss last month.

The Australian gave his Wimbledon preparation a badly-needed boost and said more time on court this week would be crucial.

“My leg’s probably not 100 per cent but I’m feeling OK out there, which is a good thing,” said Tomic, a 2011 Wimbledon quarterfinalist.

“It’s good to win here and now I’ve got a chance of doing well here again I’ve got to play well tomorrow.”