Jarmila Gajdosova talks to tennis.com.au about her struggles since being diagnosed with mononucleosis, and looks ahead on her road to recovery. 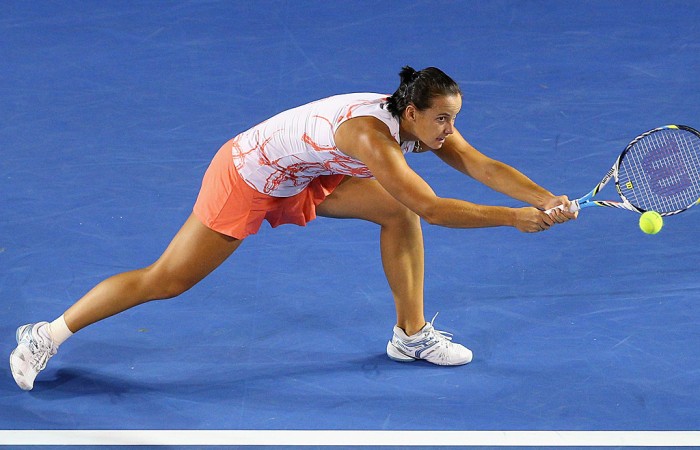 It’s hard not to feel sympathetic to Jarmila Gajdosova.

The 26-year-old was recently diagnosed with mononucleosis – a disease more commonly known in Australia as glandular fever – which has ruled her out of competition indefinitely. It’s grave news for any athlete, who depends on the health of his or her body to properly carry out their profession. Although some tennis players have bounced back from the affliction relatively quickly, others, like Robin Soderling and Mario Ancic, have found that it has all but wiped out their careers.

Gajdosova was aiming for a big year on tour in which she hoped to return to her former heights, and given her promising start to the 2013 season, it makes the news especially deflating.

“It’s very disappointing and frustrating and makes me very sad to have to watch the French Open and Wimbledon on TV,” she said.

“I hoped when I started this year that maybe by end of it I could get back to the top 100 but now my road back will be even longer. But I will work even harder to come back next year.”

It’s just the latest setback for Gajdosova in a 12-month period that has certainly contained more lows than highs.

With injuries and a loss of form contributing to her slide in the rankings (down from her career high mark of No.25 set in May 2011), Gajdosova fell out of the top 100 following an opening round loss at the 2012 US Open. Shortly after came the tragic loss of her mother to cancer in September 2012. The Slovakian-turned-Aussie chose to shut down her season to spend time with her family, and build towards coming back stronger.

Things began brightly in January, when in Brisbane she upset world No.16 Roberta Vinci in the first round. A week later, she progressed to the quarterfinals in Hobart.

But her trend of horror Australian Open draws continued. For the third straight year, Gajdosova faced a seed, this time going down to No.20 seed Yanina Wickmayer of Belgium. Combining with Matthew Ebden to win the mixed doubles title in Melbourne certainly helped to lift her spirits.

Yet following the Australian Open, she began to experience physical struggles.

“I didn’t know if it was me or that maybe I had trained too much, so I kept pushing through hoping it would get better,” Gajdosova revealed.

“I wasn’t sure why (I was feeling like this). I was always very tired and I couldn’t exercise for more than half hour without becoming exhausted. I took few weeks off at first hoping it would get better but it didn’t, so after Fed Cup I decided to get a blood test done. That was when the doctor found out I had mono – they said I’d had it since December.

“So at least I found out why I have been feeling the way I have and that it wasn’t my fitness level, and now I know what to do to get better.”

The Melbourne-based Gajdosova took to Twitter in mid May to announce the news to her fans. She has had her WTA ranking – currently No.208 – frozen for the next six months as it’s unclear when she can return to the court or even resume training.

Her recovery involves 20 minutes of activity per day, adding five minutes each week. Any sign of fatigue, at any stage of the activity, signals that it is time for a break.

Gajdosova said that, health depending, she aimed to return to tennis by playing some ITF-level events in November, before heading to Australia – she’s currently based in Dallas – to contest the Aussie summer tournaments in January 2014.

“I will be helping some juniors and giving a few lesson here in Dallas at T Bar M Racquet Club just so I don’t miss tennis too much (in the meantime),” she said.

Both she and her many fans will be hoping her physical struggles and run of bad luck are soon a thing of the past, allowing her to play the tennis she’s capable of and achieve the results that her big game can bring.