Two young guns will fly the Aussie flag on Day 4 at Roland Garros, with Nick Kyrgios and Ash Barty both in action first up on Wednesday in Paris. 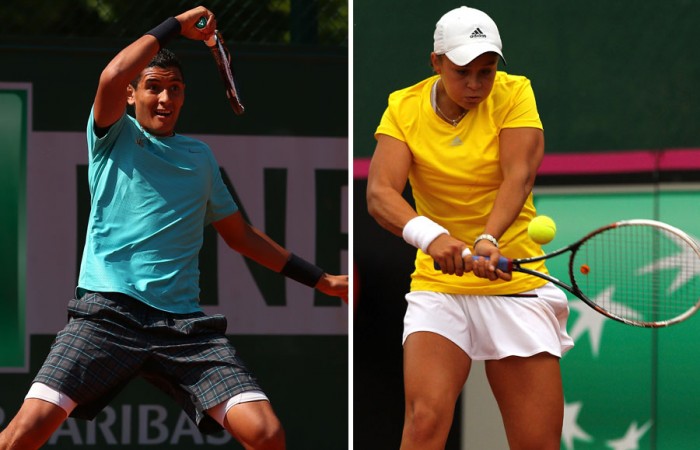 Two young guns will fly the Aussie flag on Day 4 at Roland Garros, with Nick Kyrgios and Ash Barty both in action first up on Wednesday in Paris.

Barty was scheduled to play her opening round match on Tuesday, but persistent rain forced the postponement of several matches and forced the first round into a fourth day.

Barty will be making her second appearance in the women’s singles at Roland Garros after debuting against Petra Kvitova in 2012.

And this year, the young Aussie takes on another big-hitting Czech in the form of Lucie Hradecka, although unlike Kvitova who was seeded fourth last year, Hradecka is an unseeded foe.

Kyrgios won his first ever Grand Slam match against Radek Stepanek in the opening round, but next faces an opponent who is a step up in both ranking and power.

The doubles events will also continue at Roland Garros, with Sam Stosur, Marinko Matosevic, John-Patrick Smith and John Peers all set to feature in tandem action.

Bernard Tomic was set to partner South Africa’s Kevin Anderson, but pulled out of the event after a hamstring injury forced his retirement from his singles match against Victor Hanescu on Tuesday.