Aussie world No.1 junior Nick Kyrgios was given the opportunity of a lifetime at Roland Garros, enjoying a two-hour hit-out with world No.1 Novak Djokovic. 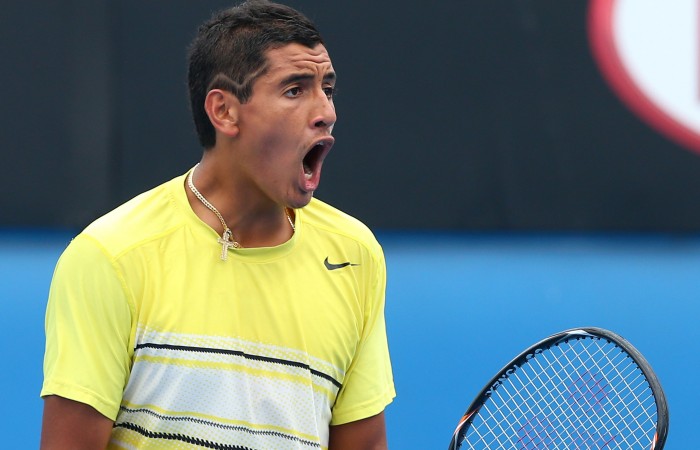 Aussie world No.1 junior Nick Kyrgios was given the opportunity of a lifetime on Thursday at Roland Garros, enjoying a two-hour hit-out with world No.1 Novak Djokovic.

The pair took to Court Philippe Chatrier and the Serb put the 18-year-old through his paces, an experience Kyrgios recounted enthusiastically on his Roland Garros blog.

“I think its fair to say I was a little nervous before the practice but we actually had a really good, intense, two-hour hitting session,” Kyrgios revealed.

“Novak moves so well and has so much time on the ball; it was a big eye opener for me just how quick he is and you can tell he has worked hard at that, so maximum respect from me.

“It’s a great sign of the man Novak is that he was prepared to hit with me, as he could have had his pick from the draw.”

Kyrgios takes his place in the main draw of the French Open as the beneficiary of Tennis Australia’s reciprocal wildcard arrangement with the French Tennis Federation.

The wildcard was initially reserved for Kyrgios’ compatriot John Millman, who ultimately had to withdraw from the event due to a shoulder injury.

Kyrgios said receiving the call from Tennis Australia to announce his Roland Garros call-up was an incredible feeling, but tempered by his sympathy for Millman.

“I never want to see a fellow professional hurt in any way, and more so with John as he is a mate and an inspiration to me on a daily basis, so I wish him back to full health as quickly as possible,” Kyrgios said.

In what will be his first ever appearance in a Grand Slam main draw, Kyrgios will take on the Czech Republic’s Radek Stepanek in the first round.

You can find more French Open information in our Guide to Roland Garros 2013.