Australian James Duckworth has won through to the main draw of the French Open following a comfortable win over Serb Dusan Lajovic. 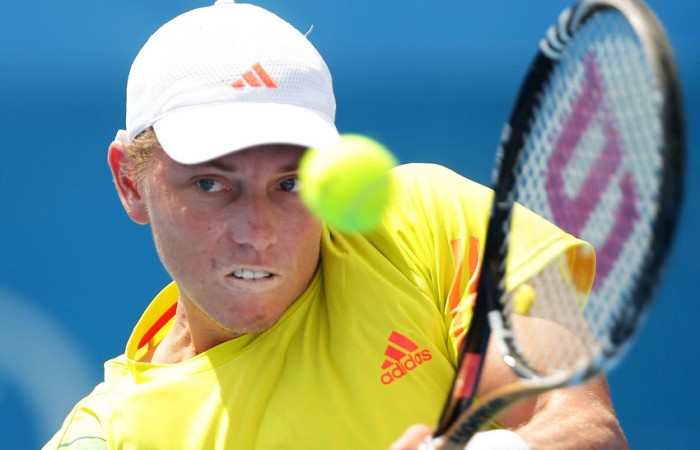 Australian James Duckworth has won through to the main draw of the French Open.

The New South Welshman booked a qualifying spot on Friday to take the number of Australians in the tournament to seven.

In the final qualifying round at Roland Garros, Duckworth posted a 6-1 6-4 win over Serb Dusan Lajovic, who had earlier knocked Australian Matthew Ebden out of qualifying.

World No.185 Duckworth will compete at his second Grand Slam after reaching the second round of the Australian Open in January.

He’ll face Slovenian Blaz Kavcic in the first round, the player who eliminated him in a brutal five-hour, five-set second round encounter in scorching Melbourne heat.

Anastasia Rodionova missed a chance to join Duckworth as a qualifier in the main draw as she fell 6-3 4-6 8-6 to Israel’s Julia Glushko.

Rodionova served for the match at 5-3 up in the final set but fell in a marathon encounter that was halted several times due to rain.