After a 3-0 defeat of Japan to win their qualifying competition, the Australian girls' World Junior Tennis team has progressed to August's final in the Czech Republic.. 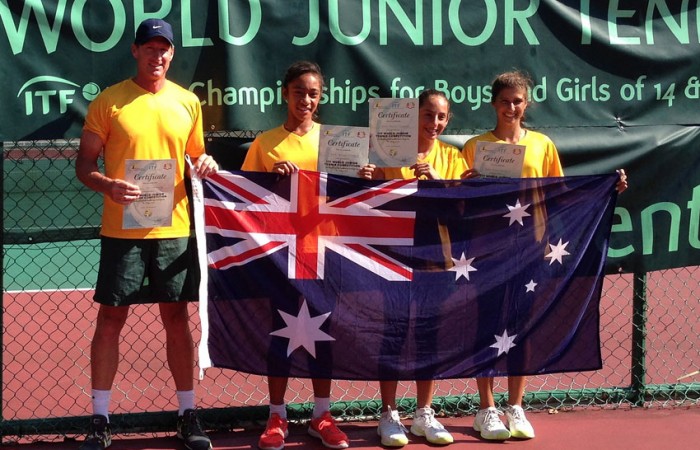 Australia has now qualified for the 14-and-under competition’s finals in the Czech Republic this August. The other nations to progress to the finals are Japan, India and Thailand.

“The finals saw both singles matches being hard fought battles in extreme heat, and both Seone Mendez and Destanee Aiava showed absolute courage and determination to find their way out of some difficult situations to win their matches,” said Australian team captain Simon Youl.

“It was a credit to the girls for all the extra hard work they put in both on and off the court and overall a great team effort from the three girls.”

To reach the Asia/Oceania qualifying final against Japan, Australia downed China 3-0 in the quarterfinals then continued their winning form in the semifinals by defeating India 3-0.