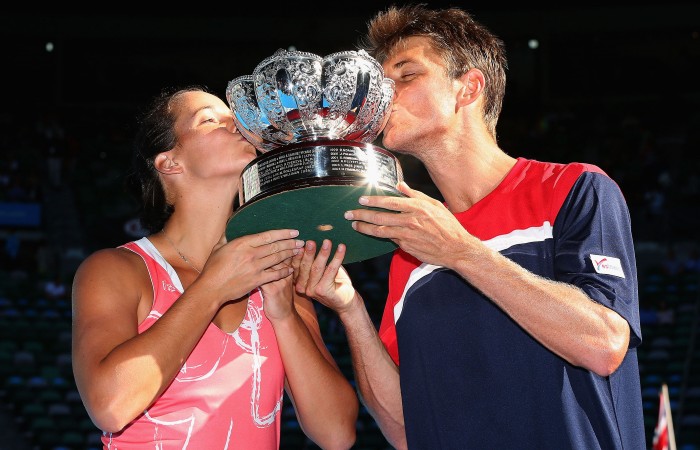 South African-born Ebden and Slovakian-born Gajdosova looked the stronger pair early on and then locked in an early break in the second set.

They had two break points on the serve of Federation Cup star Hradecka to go to a 5-2 lead but were unable to convert.

Instead the Czech duo grabbed that game and then broke Gajdosova to level the set at 4-4.

Cermak gave his team a 5-4 lead before Ebden squared the match again.

Hradecka then dropped her serve handing Gajdosova the opportunity to serve for the championship, which she did with relish.

She held a 40-0 lead with the Czechs clawing back to 40-30 before Cermak sent the ball long.

The Aussie pair were watched in the stands by Australian tennis legend Margaret Court, whose unmatched 62 major titles included 19 in mixed doubles.