Australia’s Matt Ebden and Jarmila Gajdosova have today been confirmed as wildcards for the Brisbane International 2013. 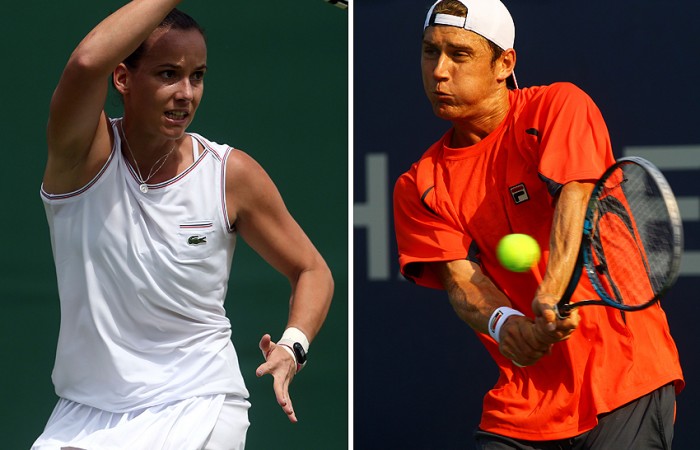 Australia’s Matt Ebden and Jarmila Gajdosova have today been confirmed as wildcards for the Brisbane International 2013.

“It’s a tournament I really love … Brisbane is one of the first tournaments I got breakthroughs at. I really like the conditions there and the city … Brisbane is definitely one of my favourite events during the year,” said Ebden, the Australian No.4.

“It’s a great opportunity, obviously I am very appreciative of Tennis Australia, they’ve helped me a lot.”

Ebden, who was also awarded a wildcard to last year’s event, has enjoyed an impressive 2012 season, reaching a career-high ranking of No.61 in the world during October.

“[The year] 2012 was good in a few ways; I won some of my first Grand Slam matches and played in the main draws of all the Slams,” said Ebden, the current world No.105.

“I also won some of my first Davis Cup matches and debuted  … and won by far the most [ATP World] Tour matches through the whole season that I have ever before.”

Over the past few years the 25-year-old has enjoyed some solid performances at the Brisbane International.  In 2010 he qualified then beat Austrian Jurgen Melzer in the first round, while in 2011 he again qualified and progressed to the quarterfinals before being defeated by eventual champion Robin Soderling.

“Brisbane has a world-class field again,” said Ebden. “Andy Murray is leading the field and [Milos] Raonic [is there too] … I’ve been trying to work on improving my game to be able to match it and beat those guys.”

In the women’s draw Gajdosova, a former top 30 player, has been granted the first wildcard.

“It means a lot. I can’t thank enough to Brisbane International and Tennis Australia for giving me this opportunity to start my comeback and new year playing main draw at such a great event,” Gajdosova said.

“I’ve been working hard this off-season also had some time off, so I am very excited to come back home and play in front of my home crowd. I feel healthy and happy and hope all my hard work on and off the court will show.

“I love playing in Brisbane. It’s a great city and event with lot of top girls playing. The crowd is fantastic and very supportive.”

In 2011 Gajdosova reached the quarterfinals of the Brisbane International, defeating top seed Sam Stosur en route to the last eight.

Brisbane International Tournament Director, Cameron Pearson, said it was great to add Ebden and Gajdosova to the international line-up.

“Matt is a determined player with a strong work ethic and he deserves this opportunity. Over the past few years he has played well in Brisbane and 2012 has seen this young West Australian achieve some great career milestones,” he said.

“Jarmila, like Matt, is a quality player. In 2011 she reached a career high ranking of 25 in the world but has had a tough year with injury and personally and she also deserves this opportunity.

“We look forward to welcoming them both back to Queensland to start their 2013 campaigns.”

In 2012 the ATP recognised the Brisbane International for providing the best fan experience of any tournament throughout Asia / Pacific and Middle East.