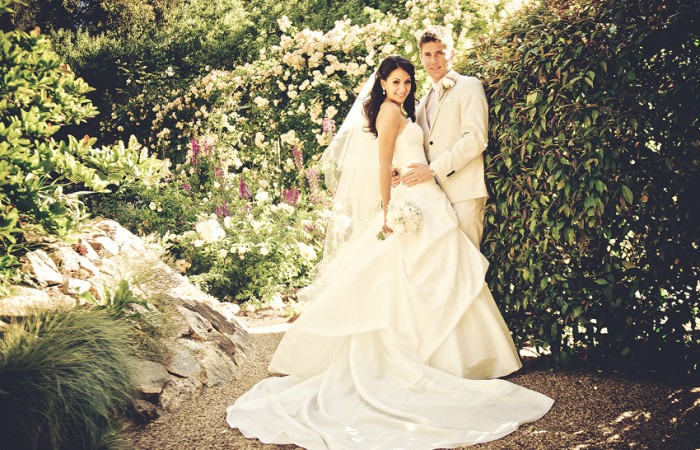 There were on-court highlights, but the happiest time in 2012 for Matt Ebden was his stunning wedding to long-time girlfriend and lawyer Kim Doig in mid-November.

The pair, who got engaged shortly following Australian Open 2012, were wed in a beautiful ceremony in Western Australia’s Margaret River.

Speaking to tennis.com.au, Ebden said both he and Kim – who have been together for six years – were thrilled to have all their closest friends and family around them to share the occasion.

“We had a lot of family flying in from overseas so we had a good week with them leading up to the wedding. The whole thing was just perfect,” he reflected.

“It was just really important to have all of those close people surrounding us and we were really honoured by the presence of all those people who made such an effort to get over for the wedding … It was really meaningful to us.”

Those in the bridal party included Ebden’s regular doubles partner Ryan Harrison of the United States. Ebden’s brother-in-law was the best man.

“I was obviously away for most of the year playing a lot and so Kim had a bit of time to plan most of the wedding,” Ebden explained.

“I love the sort of things that she planned and the way she thinks with things … I couldn’t have chosen anything better myself. We had a great time, it was a dream of a week.”

From 2013, Kim will take a leave of absence from her law firm to travel the circuit with Ebden, helping to manage his day-to-day affairs on tour.

Having previously spent much of their time apart due to Ebden’s travel and playing commitments, he said life with Kim on tour would take some of the stress out of the relationship and help to create a more stable environment in which he could concentrate fully on his tennis.

“(It will be good) not having those worries or cares – having to always be on the phone in your spare time, or get on Skype and work out time-zones for calls back to Australia, not having to worry about coming home, extra flights, scheduling and time-zone changes,” he said.

“Mentally and emotionally it’s amazing to have the woman that you love travelling around with you and supporting you and being there along the way.”