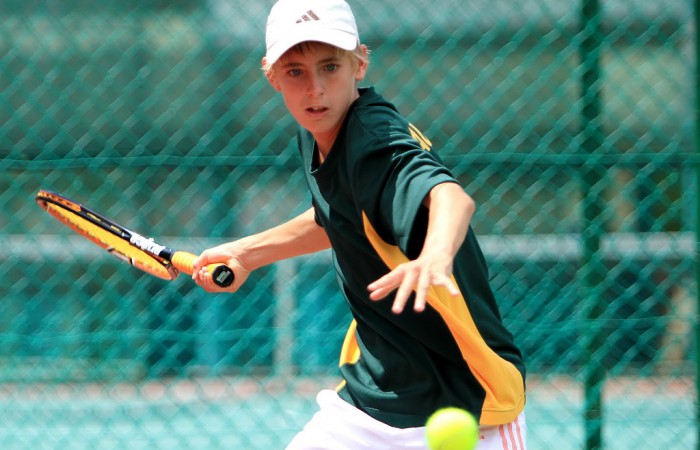 “The Optus 14s Australian Championships provides an opportunity for this young group of up-and-coming players to get some experience and enjoy some on-court time at Melbourne Park,” said tournament director Francis Soyer.

“The event is an important part of their development and we hope the kids have a great competitive week and get the most out of it.”

This year the tournament will see 32 athletes compete in a round robin draw before the winners of each group move forward to play-off for positions 1-8. The finals will take place this Sunday 9 December 2012.

Pits, who is currently ranked No.195 on the Australian rankings, is part of the National Academy Melbourne. She comes into the tournament with some strong singles results, having reached the quarterfinals of the Sydney Junior International, an ITF Junior Grade 5 event in October.

West Australia’s Scott Jones will front the boys’ draw. The 14-year-old has worked hard this year reaching the finals of the Optus 14s National Grasscourt championships in Mildura before playing for Australia as part of the World Junior Tennis team at the Asia/Oceania qualifying tie.