Ken Rosewall’s exploits have been recounted in Muscles, a biography documenting his contribution to the game over an incredible 25-year playing career. 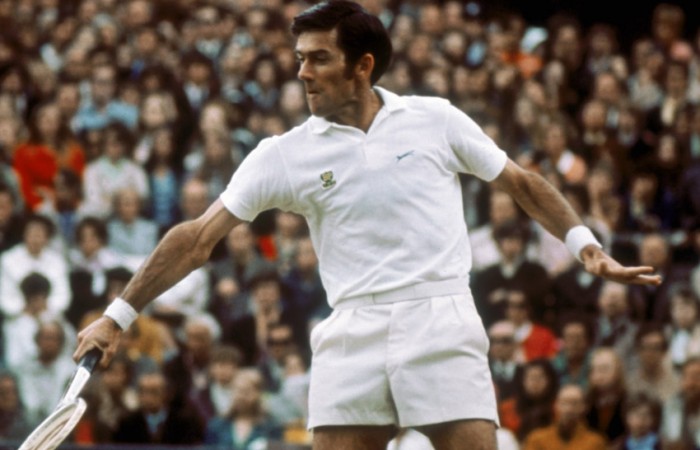 Ken Rosewall’s exploits have been recounted in Muscles, a biography documenting his significant contribution to the game over an incredible 25-year playing career.

Rosewall was an 18-time Grand Slam winner in a career spanning both the amateur and professional eras, collecting eight singles, nine doubles and one mixed major title. Famous for his exquisite backhand, the 170cm-tall, wiry Sydneysider was ironically named Muscles by his rivals.

Muscles looks back at Rosewall’s trailblazing role in progressing tennis from an amateur pursuit to slick professional sport, and how he grew up to be a dominant player from the 1950s until well into the 1970s.

Readers are taken back to the early days of the politically-turbulent Open Era, as recounted by leading sportswriters Allison Danzig of the New York Times and Rex Bellamy of the Times, both close friends of Rosewall. The biography also contains interviews and anecdotes from some of the Aussie’s main rivals including compatriots Rod Laver and John Newcombe.

“Ken Rosewall is one of the greats of world tennis and the player I was most often matched up against over a 10-year period. It is great to see a book written that recognises his remarkable contribution to the game,” Laver said.

Author Richard Naughton has captured what made Rosewall – a stylish all-court player who could play on all surfaces – so popular with the public and turned him into an Australian sporting hero.

Naughton, a Melbourne-based legal academic, writer and tennis lover, has previously contributed to Australian Tennis Magazine and written a biography of Australian tennis great Norman Brookes, which like Muscles was published by The Slattery Media Group.