UPDATE: Marinko Matosevic has iced the cake on a stunning season by breaking into the world's top 50 and becoming the new Australian No.1. 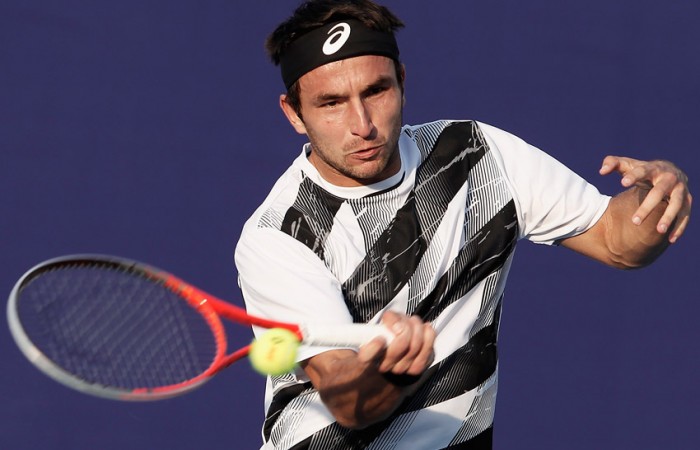 Marinko Matosevic has capped a stunning season with two milestones this week – his debut in the world’s top 50, and becoming Australia’s top ranked male player.

The Victorian, a comparative late bloomer at age 27, said he was humbled by the achievement of becoming his country’s No.1.

“Being the No.1 Australian player is a nice achievement, but as long as Lleyton (Hewitt) is playing I still consider him to be No.1 and so does everybody else,” he said.

“It means a lot to break into the top 50, especially because of where I started the year.

“Personally the highlights for me this year have been getting a win in Davis Cup and reaching quarterfinals on all surfaces – hard, clay, grass and indoor – plus making my first ATP final at the Delray Beach event.”

In this week’s rankings released by the ATP World Tour, Matosevic jumped four placed to world No.47, thanks to a run to the second round of the ATP 500 Swiss Indoors event in Basel.

He lost in three sets to Kevin Anderson, who also defeated Matosevic earlier this year in that Delray Beach final. Matosevic reached the title match as a qualifier, winning seven consecutive matches before falling in two tight sets to the South African.

It was a result that saw him jump from world No.173 to No.129, and helped spark a magnificent run of form that has so far seen him shave more than 150 places off his ranking since the beginning of 2012.

“I finished 2010 ranked No.130 so I was close before, and I expected to finish top 100 this year, otherwise I was going to look for a job,” he said of breaking into the game’s elite bracket.

Despite the disappointment of coming tantalisingly close to upsetting 12th seed Marin Cilic at the US Open, he rebounded strongly, qualifying for the Masters event in Shanghai and reaching the quarters in Vienna before his Basel result last week.

It’s a run of form that saw him leapfrog Bernard Tomic this week, who fell one place to world No.49.

Also enjoying steady rises in this week’s rankings were Lleyton Hewitt and Matthew Ebden, both of whom are finishing their 2012 seasons on a strong note.

Hewitt upset world No.10 Juan Monaco at the ATP 500 event in Valencia on his way to the second round, jumping 10 places in the process to world No.81.

Ebden vaulted nine spots this week following his second round finish in Basel.

The 24-year-old has risen from No.120 to No.106 in the past fortnight thanks to solid indoor results in Europe, part of his quest to return to the top 100 to ensure direct main draw qualification for Australian Open 2013.