Young Australian prospect Ashleigh Barty is knocking on the door of the top 200 after rising 30 places in this week's WTA rankings. 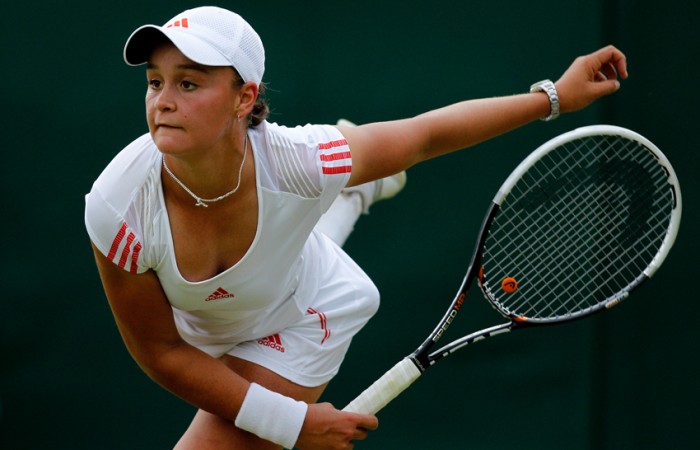 Young Australian prospect Ashleigh Barty has continued her impressive rise in the WTA rankings, jumping 30 spots to world No.220.

The 16-year-old is now the eighth-ranked Australian female, reward for a stellar 2012 season that has reaped three ITF titles and another two finals appearances.

One of the Queenslander’s latest results – a run to the final at the Esperance Pro Tour event – is the catalyst behind the rise. Her second round finish last week in Margaret River will not be counted until the following week’s rankings.

Barty’s ranking has soared more than 450 places this season, and currently sits at a career-high mark.

On the men’s side, Marinko Matosevic continued his impressive climb up the ATP ladder, rising five spots to world No.55.

Like Barty, the 27-year-old Victorian is at a career-high ranking after beginning the year ranked outside the world’s top 200.

His rise stemmed from his successful run through the qualifying draw at the Shanghai Masters last week, where he ultimately lost in the first round of the main draw to Milos Raonic.

Unfortunately, it wasn’t the same story for Matthew Ebden, who tumbled 53 spots and out of the top 100 as a result.

Ebden was unable to defend the hefty load of points he accrued by reaching the quarterfinals at last year’s Shanghai Masters, falling this year in the first round of qualifying.

He is now the fourth-ranked Australian behind Bernard Tomic, Matosevic and Lleyton Hewitt, who this week rose three spots to No.102.