Sam Stosur, Bernard Tomic and Matthew Ebden all suffered defeats in their matches on Tuesday at tournaments in China and Japan. 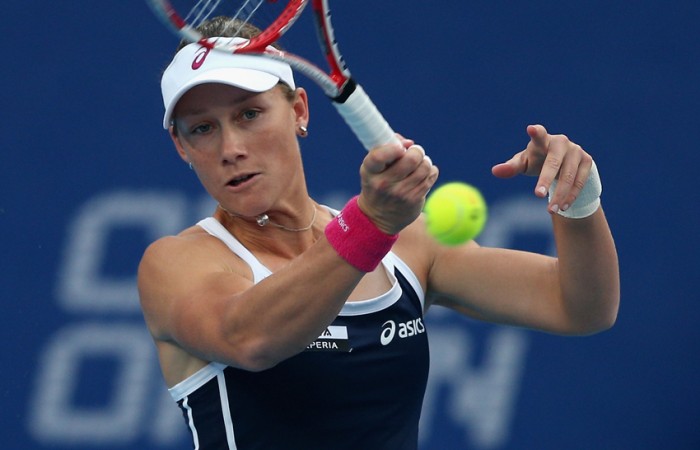 Sam Stosur has made a shock second-round exit at the China Open in Beijing at the hands of German Julia Goerges.

Goerges, ranked 21st in the world, provided one of the day’s upsets with her 7-6(2) 4-6 7-5 win, a major blow to Stosur’s chances of qualifying for the season-ending WTA Championships in Istanbul.

Stosur had a pair of break points at 5-5 in the third set which, had she converted, would have given her the chance to serve for the match.

Instead, a double fault from the frustrated Australian in the final set gave Goerges break point for the match, which she quickly put away.

With Li Na storming through the draw in Beijing – she routed Tokyo champion Nadia Petrova for the loss of just three games onTuesday to reach the third round – Stosur must perform strongly in her final two events of the season to have any shot of making the trip to Turkey.

Earlier in the day, French fifth seed Richard Gasquet easily accounted for Australian Matthew Ebden in the first round, downing him 6-2 6-4.

Gasquet continued the form that saw him win last week’s Thailand Open in Bangkok, breaking serve four times on his way to victory in one hour and 21 minutes.

Meanwhile, Bernard Tomic’s battle for consistent form has continued with a straight sets loss to Russian qualifier Dmitry Tursunov in the first round of the Japan Open in Tokyo.

Ranked No.39 in the world, Tomic was beaten 6-4 7-5 by Tursunov, just days after the Aussie reached his first ATP quarterfinal in five months in Bangkok.

Tursunov won 30 of his first 33 service points on Tuesday as he claimed his first tour level victory since a first round win at the French Open in May.