Marinko Matosevic and Matthew Ebden have fallen in their matches at ATP World Tour 250 events in Asia on Wednesday. 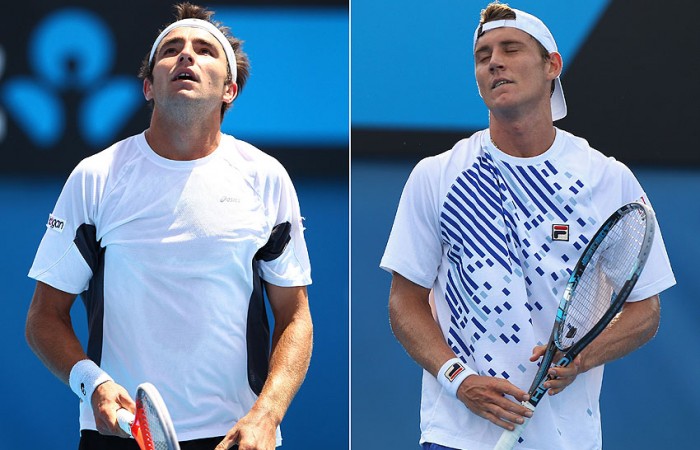 Marinko Matosevic and Matthew Ebden have fallen in their matches at ATP World Tour 250 events in Asia on Wednesday.

Matosevic, currently ranked world No.57, had no answer to the serving onslaught of tall Croatian Ivo Karlovic.

The Victorian went down 6-3 6-4 in one hour and 13 minutes, with Karlovic smacking nine aces and no double faults on his way through to the second round.

Matosevic was able to break serve once, but struggled with his own delivery, winning just 38 per cent of points on his second serve and allowing the Croatian to break three times to seal victory.

Fellow Aussie Bernard Tomic remains alive in the event and will play his second round match on Thursday against Dudi Sela, scheduled first on centre court at 3pm AEST.

In Kuala Lumpur, Matthew Ebden was knocked out in the second round of the Malaysian Open.

The 24-year-old, like Matosevic, was on the receiving end of a dominant service display, with No.7 seed Julien Benneteau claiming almost 80 per cent of his first serve points to win 7-5 6-2.

Ebden had beaten the Frenchman in their last meeting at Indian Wells earlier this season.