The Australian Pro Tour will round out its South Australian leg this weekend at the Nyrstar Port Pirie Tennis International, to be held at the Port Pirie and District Tennis Association from 15 to 23 September 2012. 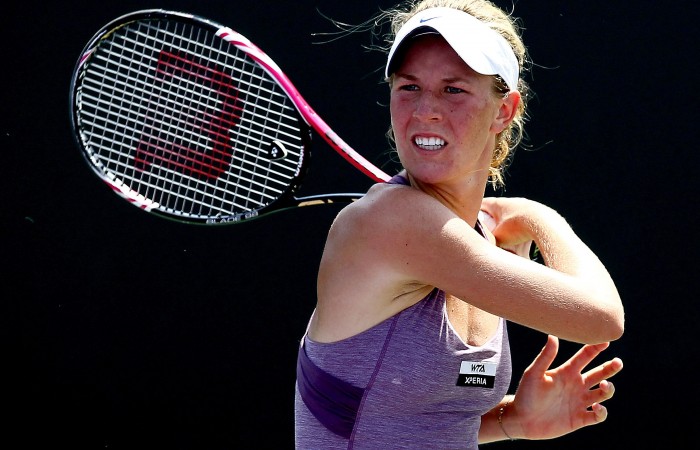 The Australian Pro Tour will round out its South Australian leg this weekend at the Nyrstar Port Pirie Tennis International, to be held at the Port Pirie and District Tennis Association from 15 to 23 September 2012.

The tournament will take place for a record 23rd time, making it the longest standing Pro Tour event on the Australian calendar.

The hugely popular event will give local tennis fans the opportunity to watch top up-and-coming players from around the country and abroad as they compete for USD$40,000 in prize money and ready themselves for the Australian summer.

Qualifying will begin this Saturday with the main draw to commence on Tuesday.

This year, 2011 women’s singles champion Olivia Rogowska (St Kilda, Vic) will return to the city to defend her title.

The 21-year-old has had a breakthrough season, reaching a career-high ranking of 111 in March and last week won her second Pro Tour title for the year in Rockhampton.

Leading the international charge will be 1999 Wimbledon semifinalist Alexandra Stevenson (USA). The former WTA top 20 player has joined the Australian circuit in a bid to build her ranking in the lead-up to Australian Open 2013 and will be joined by athletes from Japan, South Africa, Slovakia and Brazil in the women’s draw.

On the men’s side, world No.256 Sam Groth (Templestowe, Vic) will be looking to win his second Futures title this year after falling short recently at the Alice Springs Tennis International. The circuit will also welcome back world No.267 Benjamin Mitchell (Worongary, Qld) and world No.285 Matt Reid (Dural, NSW) to the fold having last contested the Australian tour back in February.

Tournament Director Ryan Peremiczko praised the Port Pirie Regional Council and the tennis club for its support of the event and encouraged the community to come down to the courts and cheer on the players.

“This Australian Pro Tour event is an opportunity for the community to watch top quality players for free, while showcasing the Port Pirie area to a wider sporting audience,” said Peremiczko.

“Port Pirie always warmly embraces the Pro Tour to the city each year, making it a hugely popular tournament for players.

“Tennis fans can come down to support local emerging talent including Luke Saville, Brad Mousley and Alex Bolt as they pit themselves against established international players.”

Port Pirie Mayor Brenton Vanstone said the city has a great appreciation for the event and acknowledged its long-standing history.

“The tournament is highly valued in Port Pirie. Not only does it bring international flavour to the city but it builds on relationships the local community has developed with the sport of tennis and its players over the years,” said Vanstone.

“A special event like this is essential in the eyes of the Port Pirie Regional Council as it showcases the city and brings new people to town.”