Casey Dellacqua has hit the WTA top 80 after a run to the US Open second round, while several other Aussies have also enjoyed rankings rises. 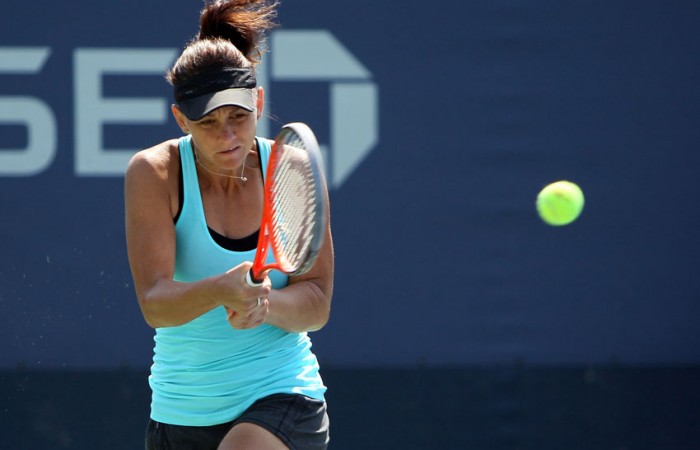 Casey Dellacqua’s has continued her heart-warming rise in the WTA rankings, reaching the top 80 after her run at US Open 2012.

Dellacqua rose from No.92 to No.80 following her second round finish at Flushing Meadows, her tournament ending at the hands of Chinese No.9 seed Li Na in a tense battle.

It continued her rise of recent weeks, with the Western Australian breaking into the top 100 after winning her way through to the semifinals at the WTA event in Dallas.

Although Sam Stosur fell two places to No.9 after being unable to defend the points from her US Open title run of 2011, there were plenty of other rises to celebrate among Australia’s top players.

Anastasia Rodionova jumped 33 places to No.130 after qualifying for the main draw in New York and then winning her opening round match.

> check out where the Aussie women rank on the WTA list

Hewitt’s rise was assisted by a third round finish at the US Open, where as a wildcard he defeated Tobias Kamke and Gilles Muller before pushing eventual semifinalist David Ferrer to four tough sets.

Matthew Ebden’s career-best US Open run – where he reached the second round – saw him hit a best-ever ranking of No.64.

Bernard Tomic and Marinko Matosevic, Australia’s No.1 and No.2, each ascended one place to No.42 and No.61 respectively.

In the ITF junior rankings, Sydneysider Jordan Thompson enjoyed a jump of four places to take his spot among the top 20 at No.19, thanks to his run to the US Open boys’ doubles final with Nick Kyrgios.

Kyrgios retained his ranking of No.5, but closed the gap on world No.4 Gianluigi Quinzi after reaching the boys’ singles quarterfinals at Flushing Meadows in addition to his doubles exploits.